Designers of Color in Conversation: Q&A

Diversity is so much more than a buzzword. Instead of focusing solely on the difficulties of being a minority in the design world, designers from Bounteous created an event that celebrated the work being done by people of color. Partnering with Flatiron School we hosted Designers of Color in Conversation to explore the real stories and experiences of Chicago-based designers of color. The discussion illuminated perspectives both familiar and fresh about being a new face in a homogenous industry.

A special thank-you to our panelists:

Rosamund Lannin and Hannah Green from the Bounteous design team caught up with Allison and Leon for a quick Q&A to discuss what came out of the event, surprises along the way, and how we move forward as a city and a practice.

Let’s Dive Into the Q&A

Tell us About the Event

Q: How did this event come into being?

Leon (Baham): We’re designers of color. [Laughs.] And there’s not a ton of representation of designers of color across the board. Teams tend to be a little more homogenous, especially in certain markets — Chicago, specifically. I remember moving here from LA and it was just a different landscape. I wanted to create a space where we could come together, connect, and talk about, first the difficult things, but also the joys. It’s not just a trauma narrative — I really enjoy being brown.

Allison (Catuira): Pretty much what he said. The landscape in Chicago is very different than a lot of other design communities. I’ve tried to be involved in the design community here for a really long time — that lack of representation or a space has been very evident to me for a while, so the opportunity to open that up was super awesome.

[the] same way you open a door for someone without even thinking about it. It’s something you don’t even think about as you’re hiring. 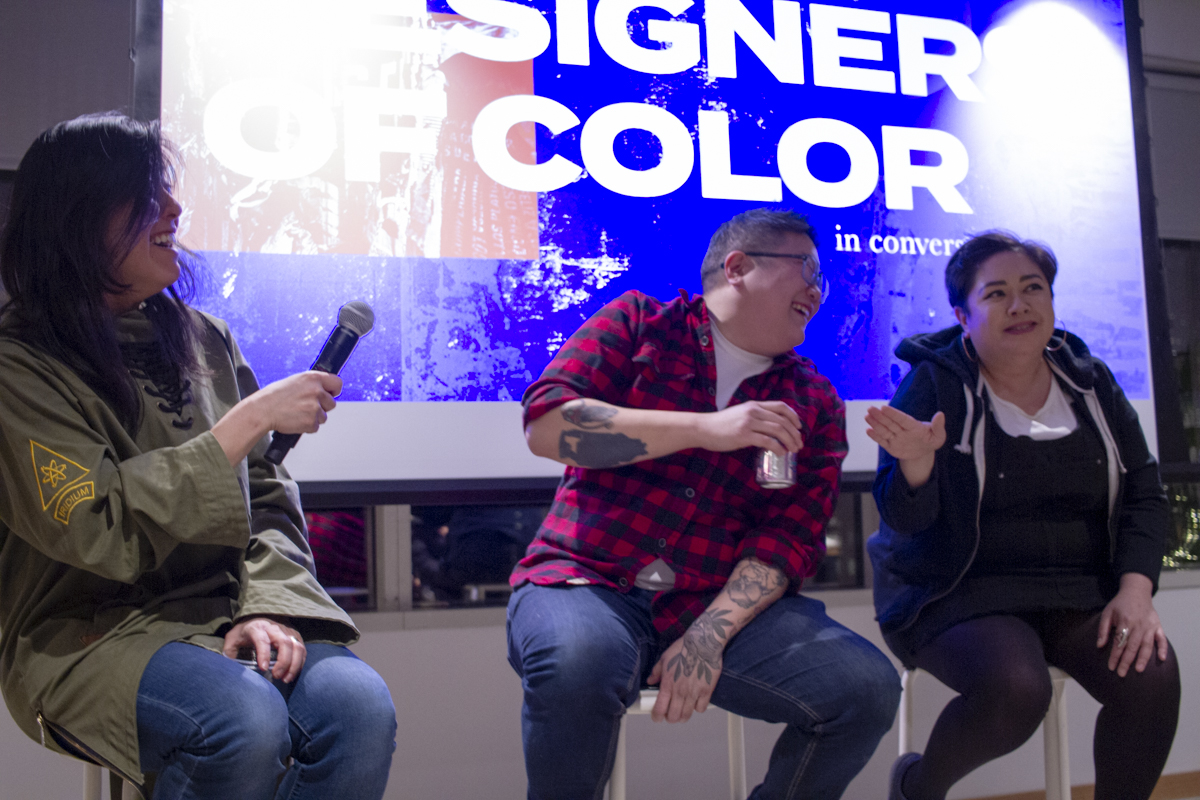 Q: When you say it’s different than other places, what do you mean?

Leon: I was so surprised when I started interviewing in Chicago and saw design teams with like 2-3 people of color. Coming from the LA market, [where] it was just a little more integrated. I have this really deep down belief that if any team is diverse, it should be your design team because ultimately we’re designing a thing for people to use, and that may be for people that don’t look like us, or who don’t come from the same context.

Q: What did you want to get out of the event? What was your hope going into it?

Leon: Yeah, we wanted to test it. We have this passion and it extends to creating a more equitable landscape, at least in design. It was an assumption that other people had that interest. We wanted to try out the event, see if there was a need for it, and see if people were interested.

Leon: We had 50 folks come on a very cold day (in Chicago in February –– the same month as the famous 2019 Polar Vortex!) 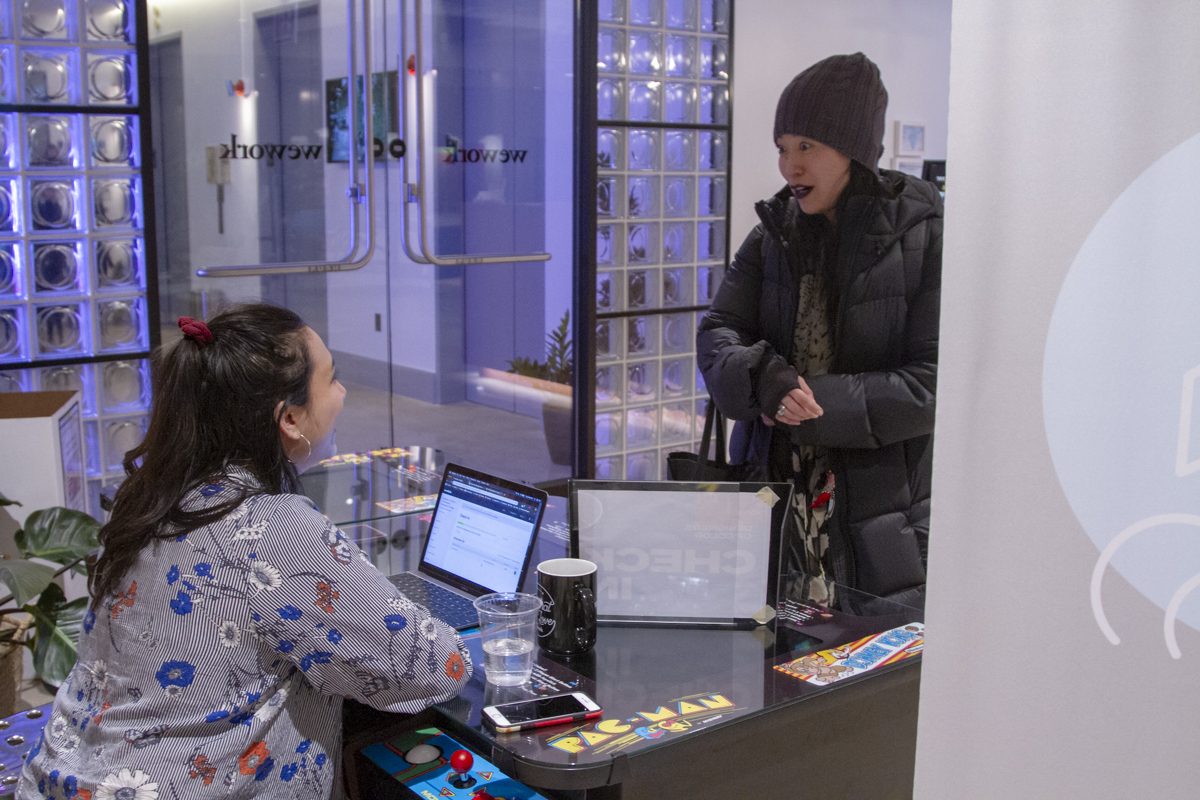 Q: You worked with Designation, through Flatiron. Did that partnership mean you ended up targeting younger designers, or designers that were new to the industry?

Leon: We were targeting designers of color of all levels. I had met the people at Designation a couple of times and they seemed to have a pretty good practice of diversity and inclusion throughout –– they seemed like a natural partner for an event like this. Having them involved did make the audience skew towards entry-level, which was why we added our last panel question: What advice do you have for designers of color who are just starting out?

Q: Going back to the panelists––they represented an interesting range of disciplines, not just visual designers or all illustrators. Paola is even an urban designer. Did you try for that mix?

Allison: It kind of naturally happened.

Leon: We had to think, how narrow-versus-wide do we want this to be? I’m really glad we opened it up, because these conversations can happen a lot more widely in tech. The problems still exist, but there’s space to talk about it really candidly, and that’s not the case in a lot of industries –– architecture, for one. I talked to Paola for a little bit afterward, and she was like, “I never get to have these conversations like this, I’m so happy I came.”

Q: During the event, Paola talked about how she loved designing for a space she could occupy. With that in mind, what does designing a space for designers of color mean to you? How about just a good space? You said feeling like your concerns were listened to was part of that ––  What other qualities go into a good space?

Allison: The closest I’ve gotten is here at Bounteous, honestly. I’ve felt like any concerns I had were listened to and considered. That’s not been the case (to varying degrees) at other places I’ve worked.

Leon: I think about this question a lot. To do good design, there’s a level of vulnerability that goes with it. It’s about creating a space where everyone gets to be vulnerable. And that’s really hard to do –– it’s easier to do that with someone that you’re like, “I grew up like you, we kinda have the same thing,” and it’s harder to do when you have a person where you have very different contexts. But we have to get through all of this stuff between us and how different our lives are to be vulnerable. 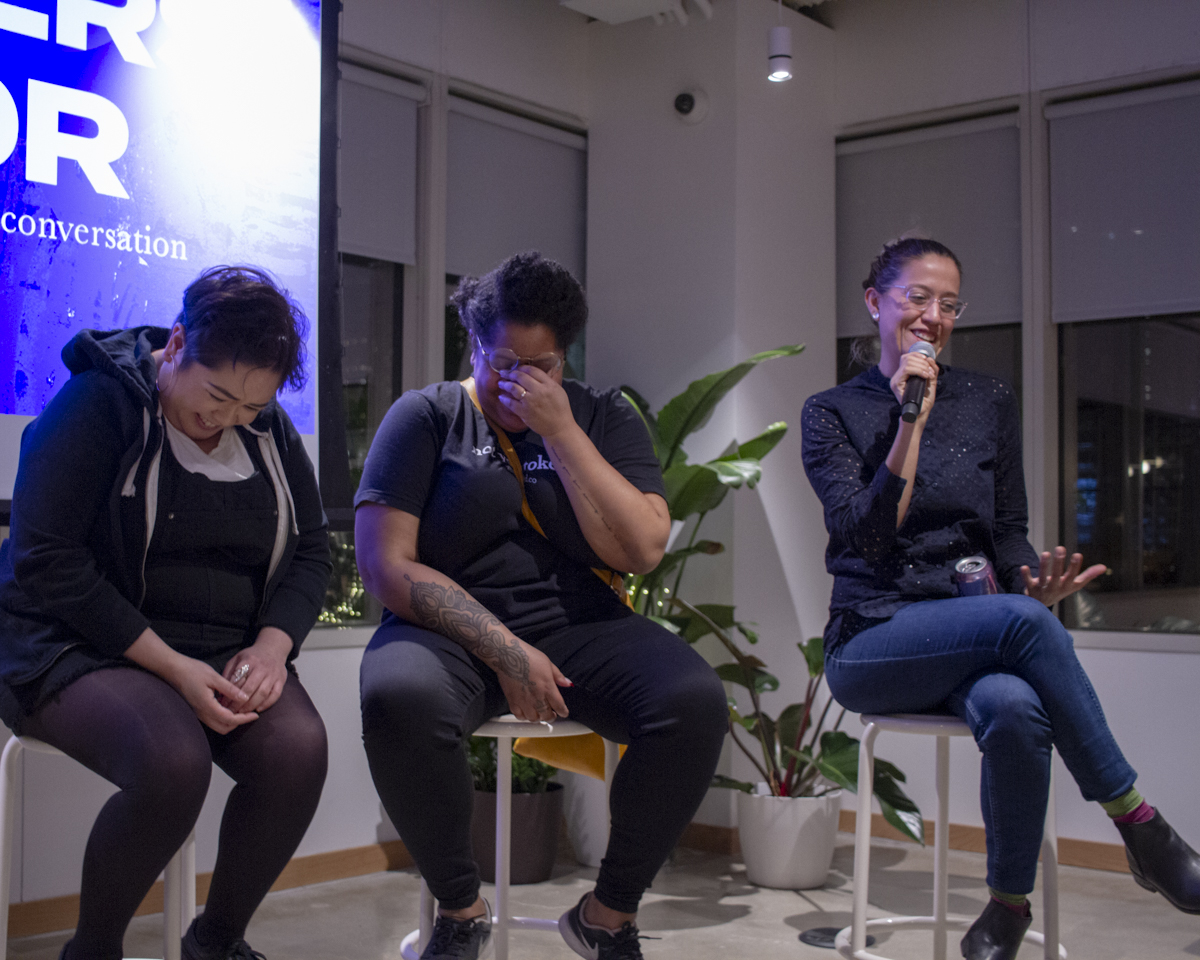 Q: Do you feel like most designers of color don’t get a chance to be vulnerable? And what do you lose when you don’t have a chance to have that vulnerability?

Leon: You lose the strength of your team and your product and your design. And I think it happens all the time. I’ve seen people of color pushed out of teams at a higher rate than other people. And I don’t think it’s always because of competency. Just by the numbers, it doesn’t add up to me. So no, there aren’t spaces for people of color to be as vulnerable. It takes practice, from my experience.

Allison: You’re definitely looked at differently, as a designer of color. And things that other people would let slide are suddenly a problem.

Leon: I’ve seen this happen with black women, specifically. I’m glad we had Theresa on the panel to speak to this situation where black women are for some reason doubted in a plausibly deniable way and have to demonstrate beyond exceptional technical capabilities.

Q: If you had a physical space, where would it be? Let’s keep it Chicago-centric because we’re all here.

Leon: Somewhere that integrates different neighborhoods a little more easily and has those pipelines kind of existing. I live on the far north side, so going into downtown Chicago isn’t my ideal.

Right, and there are people on the far south side, too––although downtown is central, it’s not always practical.

Leon: But when you do have offices that are in these kinds of segregated communities, it does something to your pipeline –– or just your community.

Q: What were some unexpected takeaways from the event?

Allison: I heard from an attendee that this was the first event of this type that they had been to.

Leon: That was my favorite part. Two attendees came up to me and said they felt like this was the first event that they had ever felt comfortable at. And that’s great. It could’ve been just those two people in the audience, and if they had felt that way, they’re designers of color in the community, and this space was theirs –– that’s the best the event could’ve been. 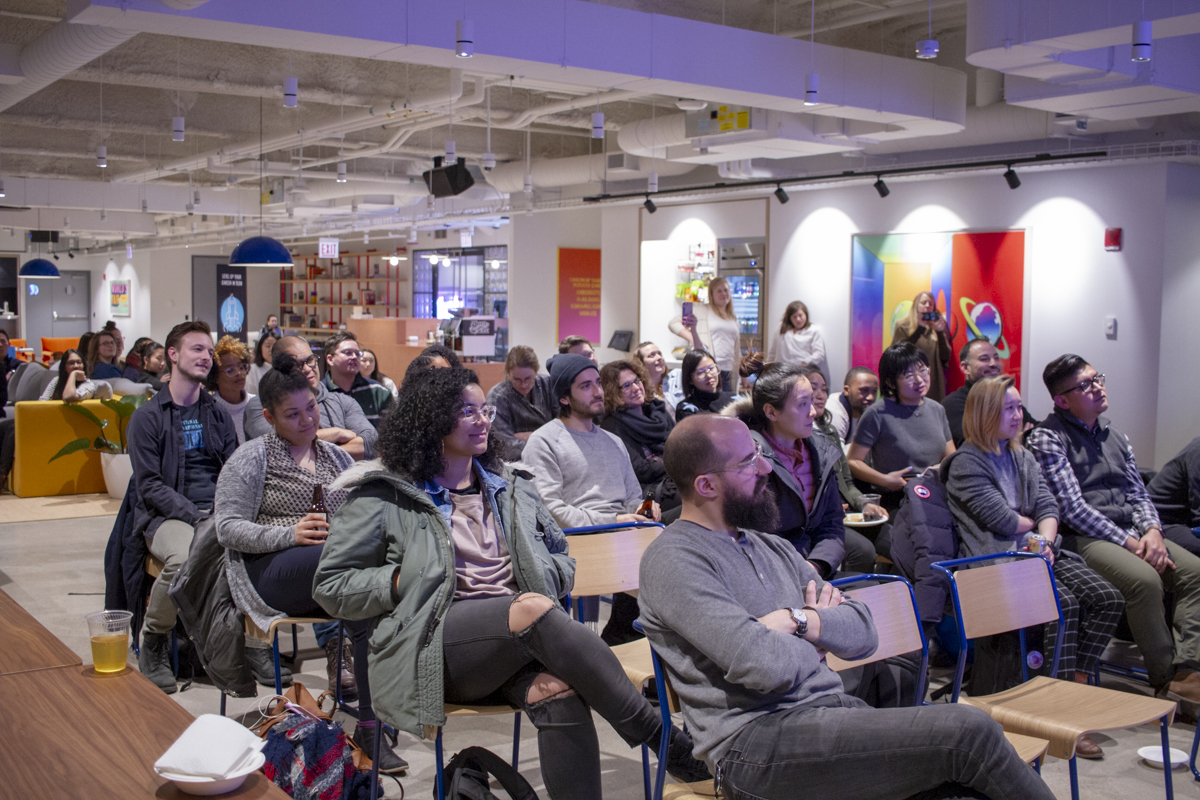 Q: In a city that’s as diverse as Chicago, it’s always shocking that there are few or no spaces like this.

Allison: Yeah, I feel like there’s a lot of –– I guess I’m gonna go there a little bit––there are a lot of designers of color and there’s a lot of assimilating that happens, where they’ll just try and fit themselves into the more general white spaces.

Leon: And how much more interesting would it be if they didn’t? And would it be harder? Would your workflow need to account for a different perspective? It would. But ultimately the people that are using your product or website –– the end user –– would be better for it. They’re probably a diverse user set.

Q: What are some other topics you’d like to explore?

Allison: While we were planning this, a lot of people voiced their interest in participating. We saw that there’s an area to talk about our leadership, which would be amazing to be able to do.

Leon: Because as bad as the numbers for POC are in design in general, they get thinner in leadership. I’ve never had a boss of color –– I don’t know what that experience would be like. Leadership is the next frontier.

Q: Anything you want to say that we didn’t cover?

Leon: It was a joy! It was super heartening to put the event out and have people come and support it. And to have a ton of support from Bounteous. And just to start the conversation and to see that people wanted it to happen.

Allison: Showing up and seeing that people came early and big groups of people came –– that was amazing.

Leon: When we started, I was hesitant about doing a panel. I wanted this to feel comfortable and authentic, and panels tend to feel stilted. But I don’t think it came off as stilted, it felt like it was a little more holistic and just real.

Leon: Jancy and Teresa disagreed, and it was like, finally! People of color are not a block, you know? We have diverse opinions, just like anybody. For the designers of color who were starting out in the room, it was important to see that there are multiple paths. There’s not one starter kit of how you have to be, but here’s some representation and guidance.

We were honored to host and moderate this event with Flatiron and Designation. A huge thank you to all of our featured designers for your support and for taking the time to help us create such an amazing event. In the future, we look forward to keeping the conversation going on diversity in the design industry. And the good news — Designers of Color in Conversation is positioned to become an ongoing discussion. Watch our event section for updates, as well as more Bounteous events in your city!

We think these conversations are and will continue to be important. Looking to start the conversation in your community? Putting together this event was easier than expected. Work with your company to ask about hosting or sponsoring an event. We recruited other designers through our personal connections and were thrilled with both the enthusiasm from other the other panelists and the engagement from the attendees. 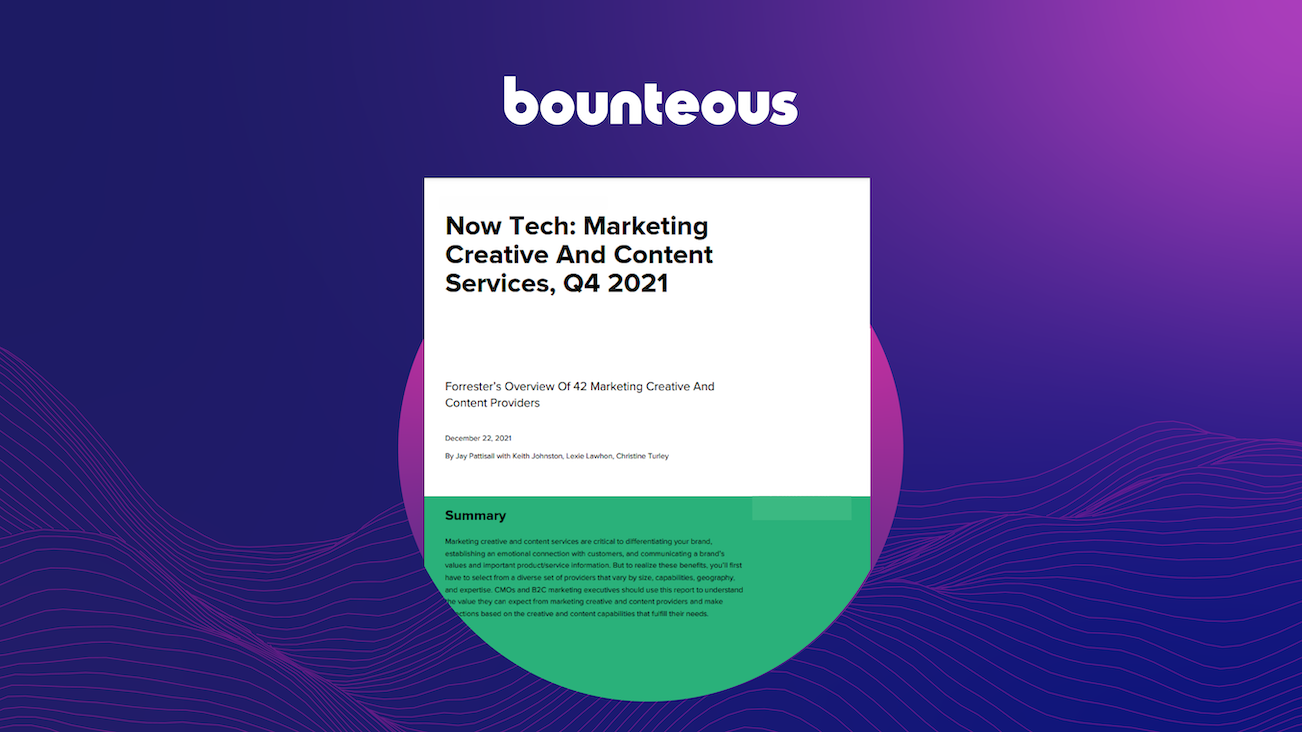 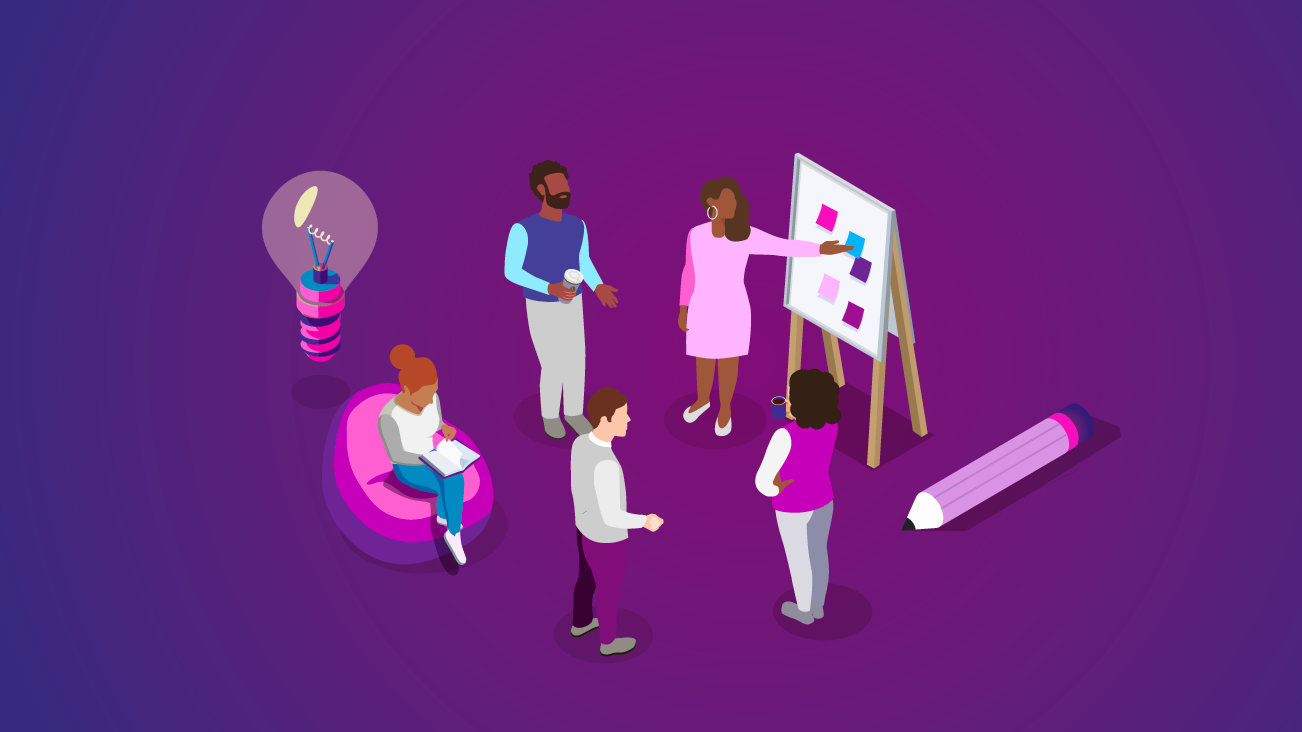 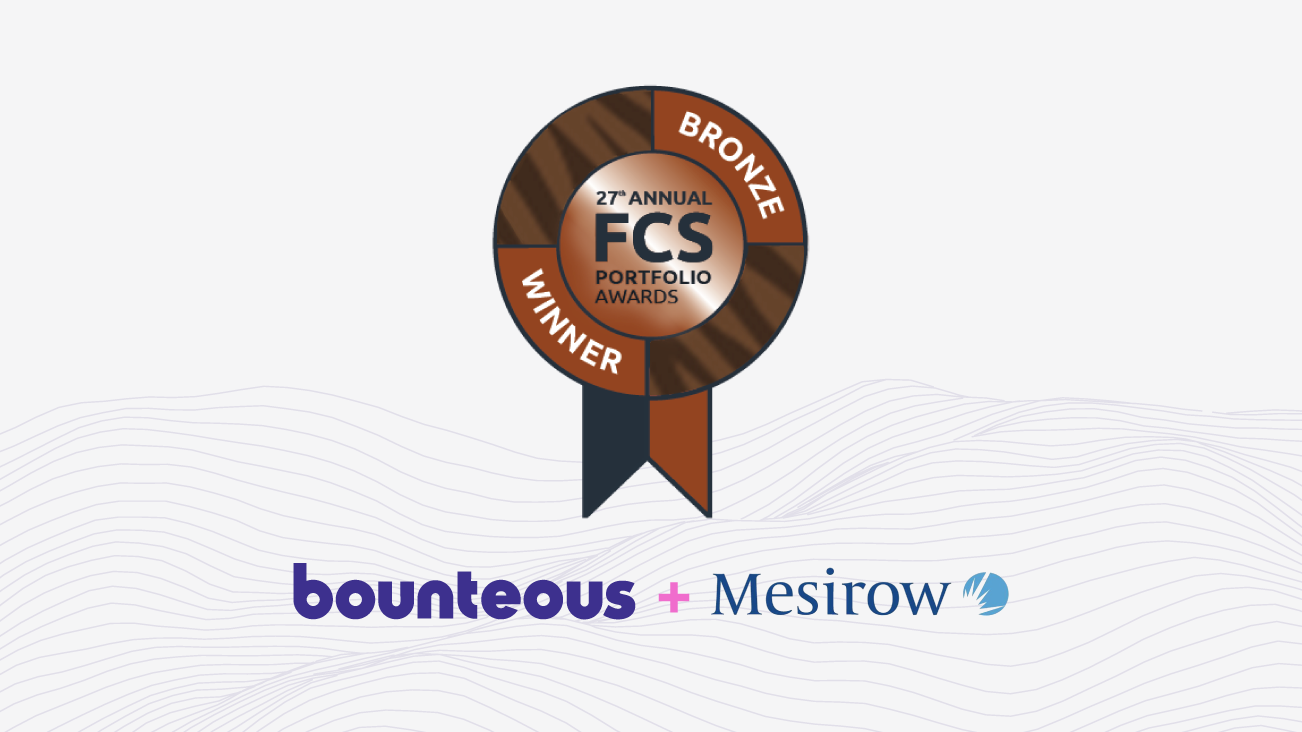