Creative Digital Marketing Is Ok, But Test Everything 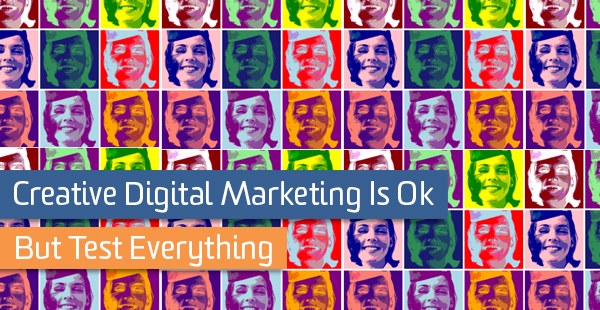 “Advertising is fundamentally persuasion and persuasion happens to be not a science, but an art.”
-Bill Bernbach 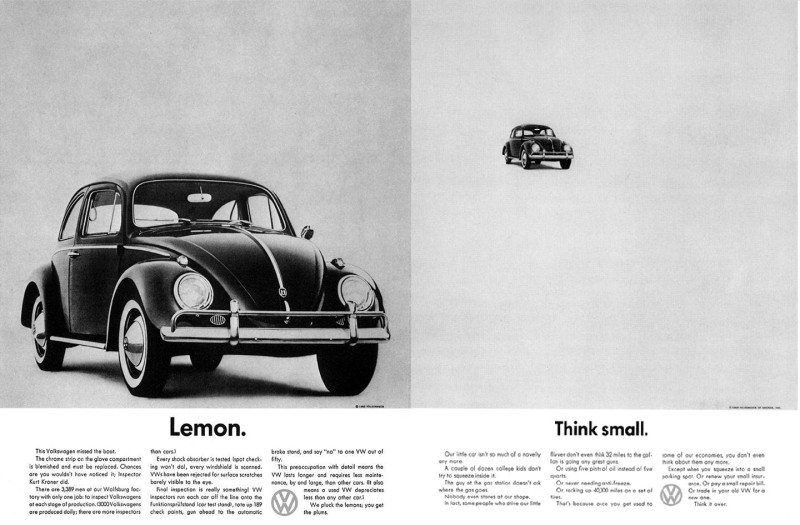 You can’t A/B test everything.

I’ll just throw that fact out there to start.

Some things you’ve got one shot. A cover letter with your resume for that job you really want. You can’t send two cover letters and ask them to let you know which one is more likely to get you the job.

b) Or should you do the research, but generally ignore it and trust your gut? If you follow the best practices laid out by research you’ll just end up with another boring conformist resume, and you want to stand out.

Which way would you go?

This sums up the positions of famous Ad Men David Ogilvy and Bill Bernbach, in the classic argument between advertisers and marketers. Ogilvy was the ad establishment, and Bernbach helped lead a creative revolution against it over 60 years ago. Ogilvy was about the research, and the rules. Bernbach was about standing out.

Of course both were wildly successful, which sort of puts a dent in any argument claiming one method was somehow “better”. Also most supporting evidence shows that Bernbach used research, and Ogilvy liked original creative ideas.

The damage that Bernbach did may today end up costing one company money, while another company using a different approach may make more. When considered at a macroeconomic level Bill Bernbach may have helped more companies than he harmed, at least economically.

As someone who believes in logic, science, data, and other words that peg me as “on the spectrum”, I feel that it’s too easy for marketers to fall into the traps that are the Bill Bernbach quotes floating among the lips of the differently marketer-ed. 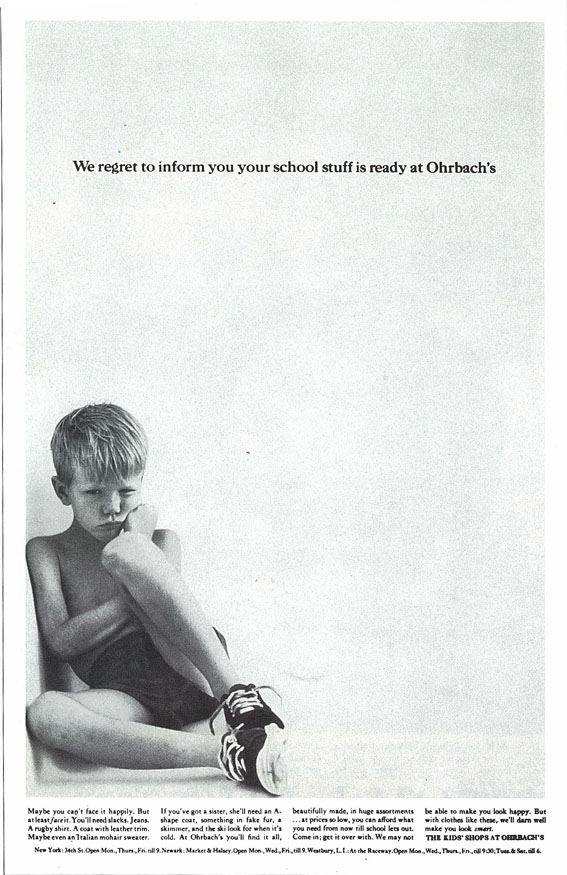 “I warn you against believing that advertising is a science. Artistry is what counts. The business is filled with great technicians, and unfortunately they talk the best game … but there’s one little problem. Advertising happens to be an art, not a science.”
-Bill Bernbach

There are those in creative that create. This in itself is as unsurprising as a sun continually roiling in nuclear fire. If one expected otherwise, we would all die; or scream in terror needlessly at every nightfall.

Bernbach wanted to free the creative mind from the tyranny inherent in the system.

“I consider research the major culprit in the advertising picture. It has done more to perpetuate creative mediocrity than any other factor.”
-Bill Bernbach

The research would tell him to use a certain font, to say a certain word, to not use a celebrity, or to put the item against a specific type of background. Rules upon rules levied at the creative wing and told to come up with ideas, already constrained by the proverbial box.

Bernbach even looked for anti-science advice in the most obvious of places. Albert Einstein.

“The greatest advances in the history of science came from scientists’ intuition. Listen to one of the greatest scientific minds talking on the subject of physicists. “The supreme task of the physicist is to arrive at those universal elementary laws from which the cosmos can be built up by pure deduction. There is no logical path to these laws. Only intuition can reach them.” The scientist’s name was Albert Einstein, the greatest scientist of them all!”
-Bill Bernbach

Bernbach glossed over the fact that after Einstein intuited his way to an idea, he then tested them with math and science. Einstein had bad ideas too, that weren’t supported by math or science, and which to this day exist as nothing more than chalk dust in a New Jersey landfill.

Bernbach was focused on letting the creative mind, with the minimal input of research, come up with out of the box creative ideas. To avoid the constraints of general rules which others insisted on following at all times.

This has led to numerous modern creatives ignoring all research, decrying ‘science’ and ‘testing’ in the name of Bill Bernbach, and creating advertising and marketing pieces as one would “art”. Most in the digital marketing and advertising space can share stories of agencies presenting wild untested ideas to companies, and then releasing the campaigns to the wild, without nary a conversion test in sight.

After all. You can’t place a value on art.

Except that you can, when you’re using that art to sell washing machines.

Climb Every Mountain, Ford Every Stream 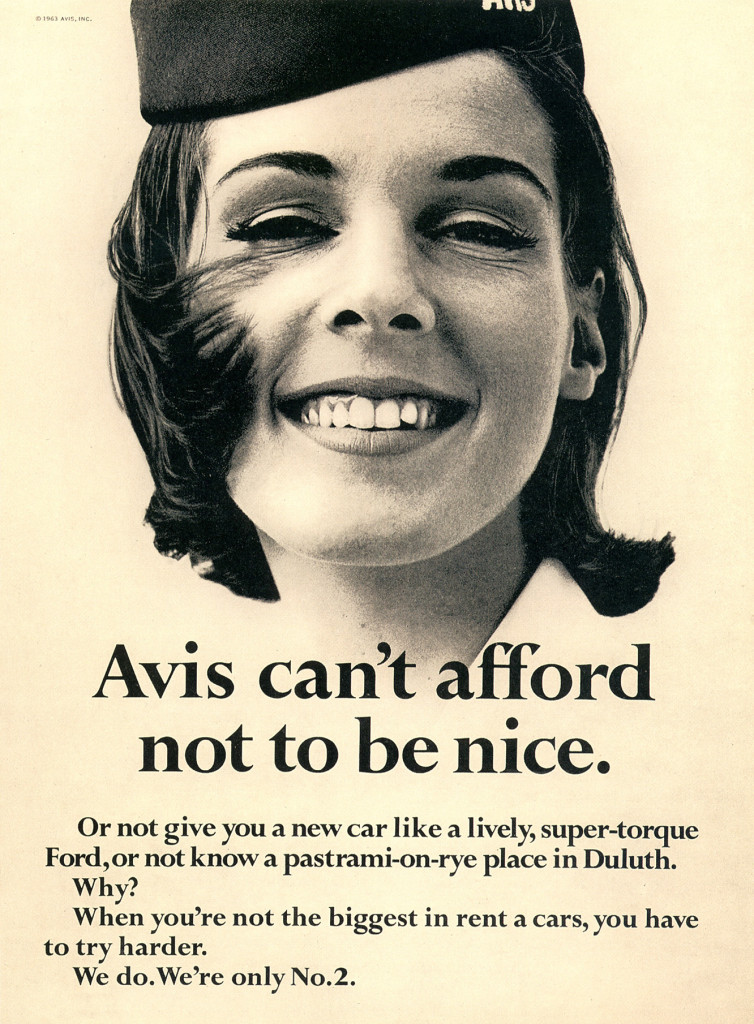 “We don’t ask research to do what it was never meant to do, and that is to get an idea.”
-Bill Bernbach

Increasing your conversion rate has been compared, in a horrendously cheesy way, to climbing a mountain. One can constantly make additional movements towards that peak optimization point, that hypothetical number which only your mother believes you can achieve.

However, unlike an immobile mountain peak, this “Maximum Conversion” is instead a will-o-wisp teasing you from within an enchanted 14th century German forest. Constantly shuffling, moving, darting between trees, and never staying still for an instant.

Bill Bernbach wasn’t interested in determining which of 41 different colors of blue would cause an email newsletter sign up form to convert the best. He wasn’t interested in inching his way to the top of the hill he was on. Bill Bernbach wanted to take a maddening running leap into the abyssal maw of the creative black, and land on a different, potentially taller mountain.

“Human nature hasn’t changed for a million years. It won’t even change in the next million years. Only the superficial things have changed. It is fashionable to talk about the changing man. A communicator must be concerned with the unchanging man – what compulsions drive him, what instincts dominate his every action, even though his language too often camouflages what really motivates him.”
-Bill Bernbach

Humans haven’t changed in their compulsions or motivations, but how we react to ads, cover letters, or any creative content changes from week to week, day to day, hour to hour, and website to website. What converts on a website on Tuesday at 4pm might not convert on a different website at the same time. What converts at 4pm on Tuesday might fail spectacularly on Wednesday at 3am. 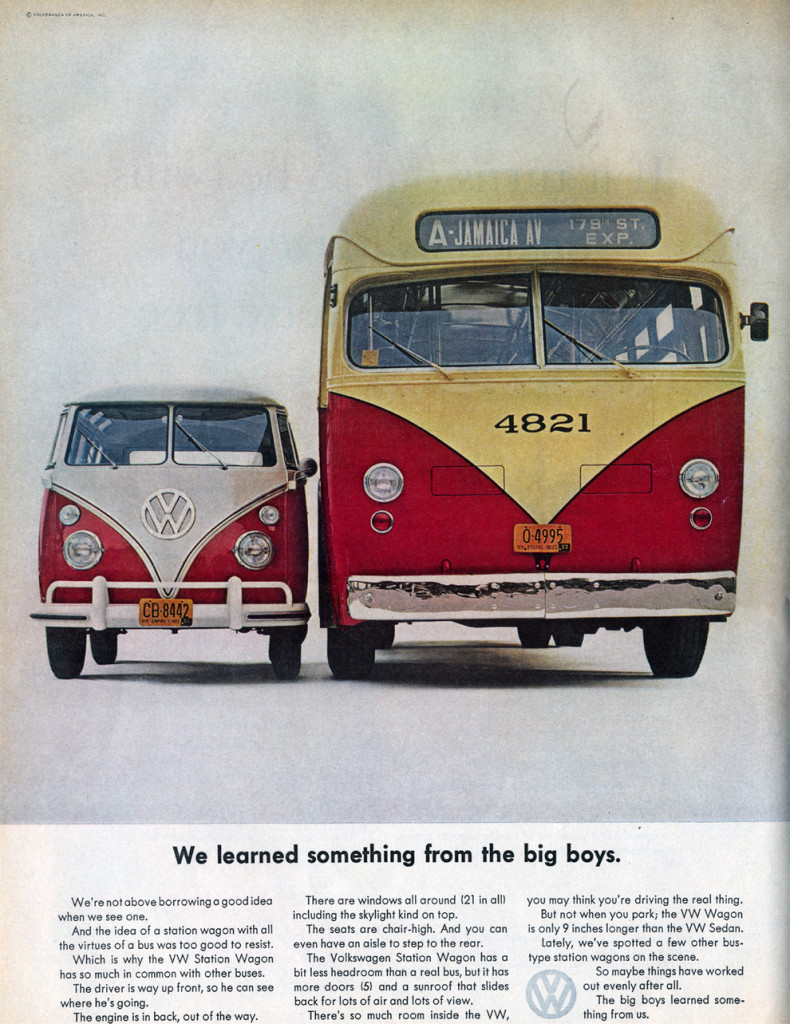 Bernbach was right about how to come up with ideas. So was Ogilvy. The whole debate today is generally meaningless for digital marketing, because you should be doing both.

Whether we’re looking at AdWords or DoubleClick Campaigns, or website landing pages, we aren’t limited to a single image, or a single page, or even a single headline. You can A/B test pretty much everything you are doing en masse. Show different ads to different segments of audience, at different times, in different regions. Send different emails.

You can have the Ogilvy ad running, as well as the Bernbach ad running on AdWords, and see which one performs better. You can have 40 different ads running AdWords that differ based on the broad match keywords people were searching for. You can have a conservative landing page for half your email newsletter, and a radically creative one for the other half, and see how well they convert.

To get hung up on Bernbach’s pro-creative anti-science quotes from the 1940s and 50s is to exist in a world that hasn’t advanced in the past 70 years. To be an agency that defends their work as founded in intuition and artistic experience, rather than be concerned about the conversions driven by their work, is to be archaic.

We have computers now. They do lots of fancy math things. 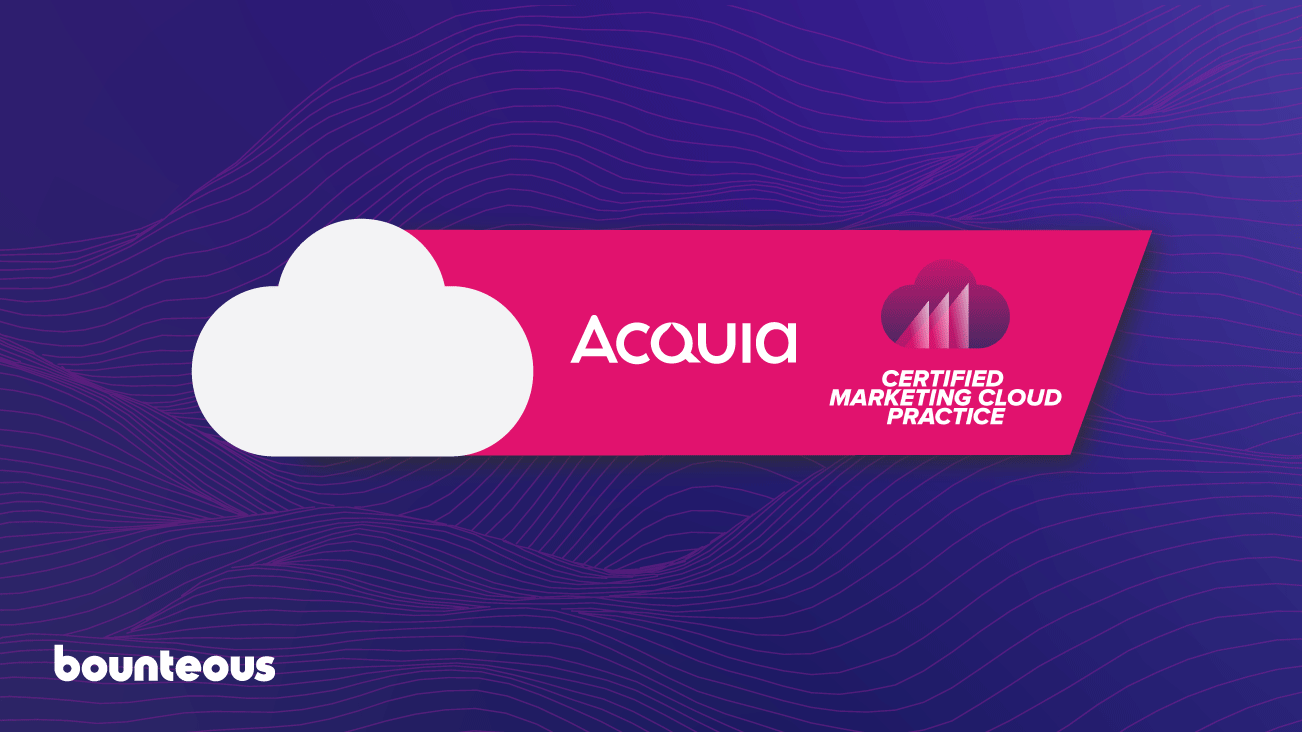 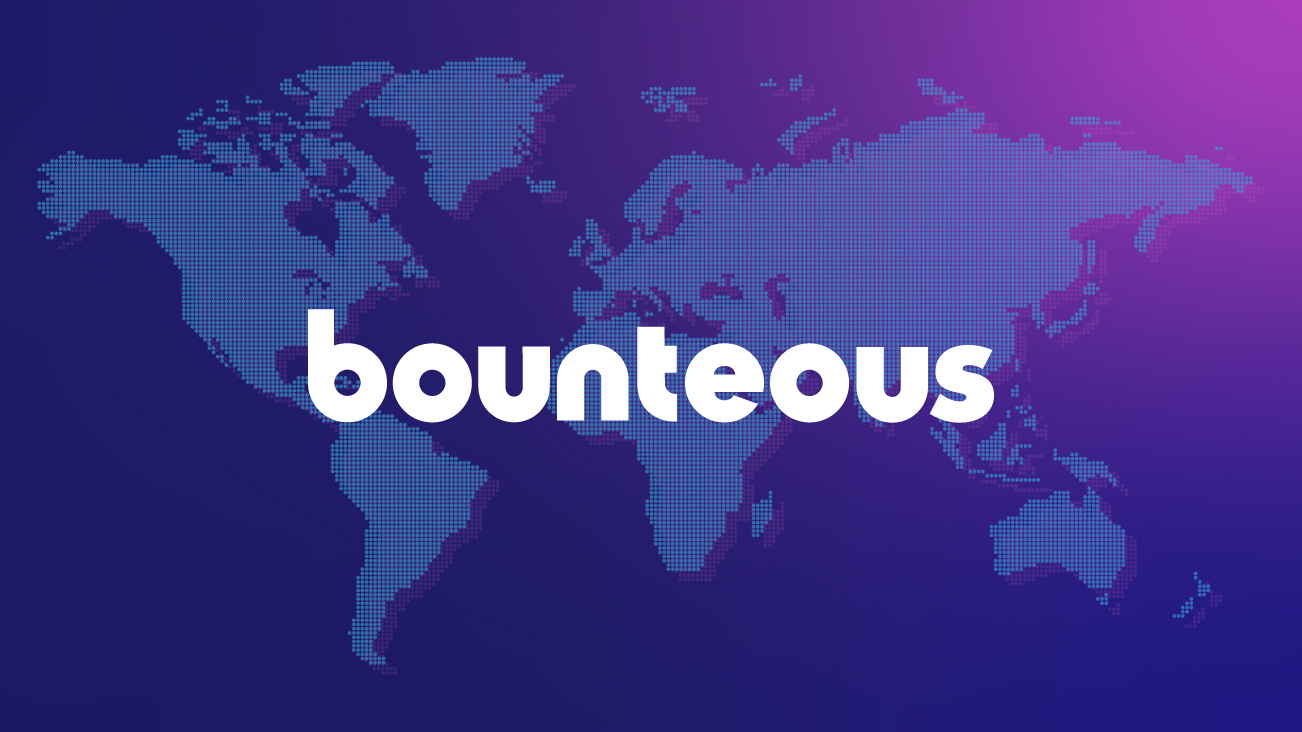 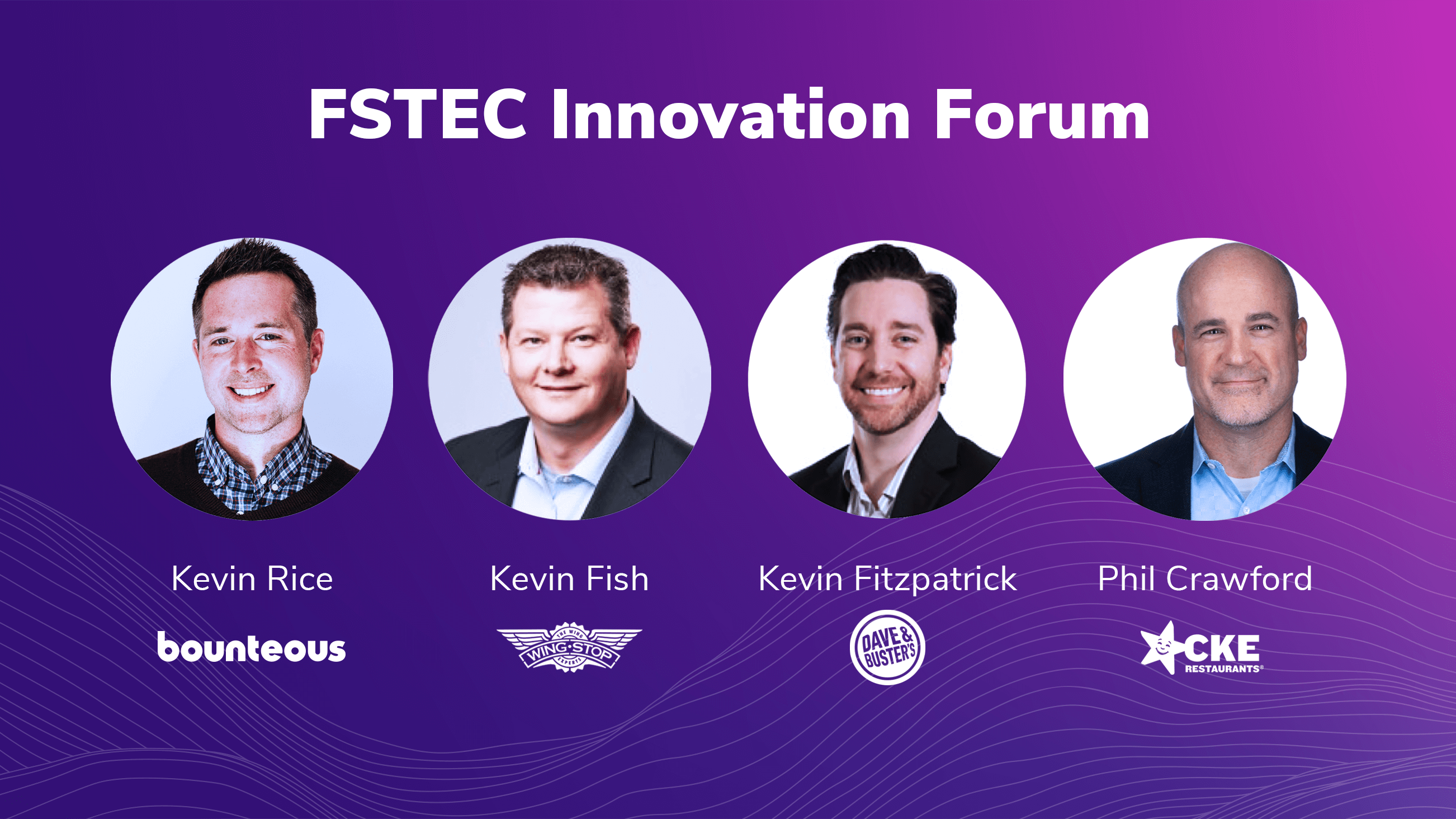 VIDEO: Digital Strategies that Authentically Differentiate a Brand in its Category