Earlier in the year, I did a post on RevealSite Analytics, which arguably make the website owner into Big Brother. Then today, I read the MarketingSherpa article about Kevis, the “grow your hair back” product with a website that greets site users with a popup chat box within seconds. Naturally, I had to try it – it was too similar to my earlier post to ignore.

Because I skimmed and scanned the Sherpa article, I hadn’t realized that the popup box would come so quickly. I assumed that it would wait in the background until it saw that I was having trouble, or was following a clickpath pattern sure to end in doom. But the box was in my face within seconds: 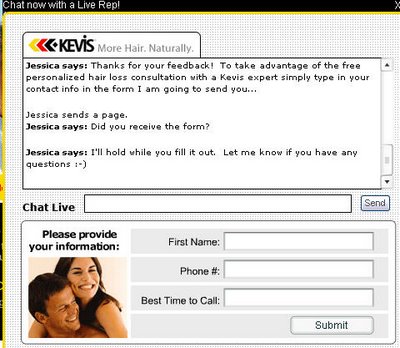 Personally speaking, I hated it. It was like walking into a department store and having the salesperson in your face before you had a chance to figure out what department you even wanted to check out. There are four logical and very different conclusions to this problem:

1) Different people have different purchasing patterns. I hate to be sold to and I love to buy. Not everyone is the same.
2) Lies, damned lies and statistics. If 15% of the people who see the box engage in the chat(according to Sherpa), and then 28% of the 15% give their phone number because most people need to be sold on the phone, and then 12% of the 28% become long-term customers, that’s .15 x.28 x.12= .5% — not a conversion rate I’d be excited about. I know that companies who do case studies have limits on what they can say, and so you will see, if you read the case, that there is some fuzziness around those numbers. For example, it’s unclear if the percentage of people who give out their phone number and then make a single purchase is much higher than that 12% (one would think that it is.) Then there are all the people who use the box and purchase without giving out their phone number.
3) Maybe the people who give their phone numbers out to a woman in a chat situation have ulterior motives.
4) And last, there is the possibility that I’m wrong. People love to have a popup box shoved in their face in the first 10 seconds of their shopping experience — or maybe, it just works for this product. Every product and every site is different. A good reminder to test and not let your feelings get hurt when you are wrong, as Avinash Kaushik pointed out at the Summit. 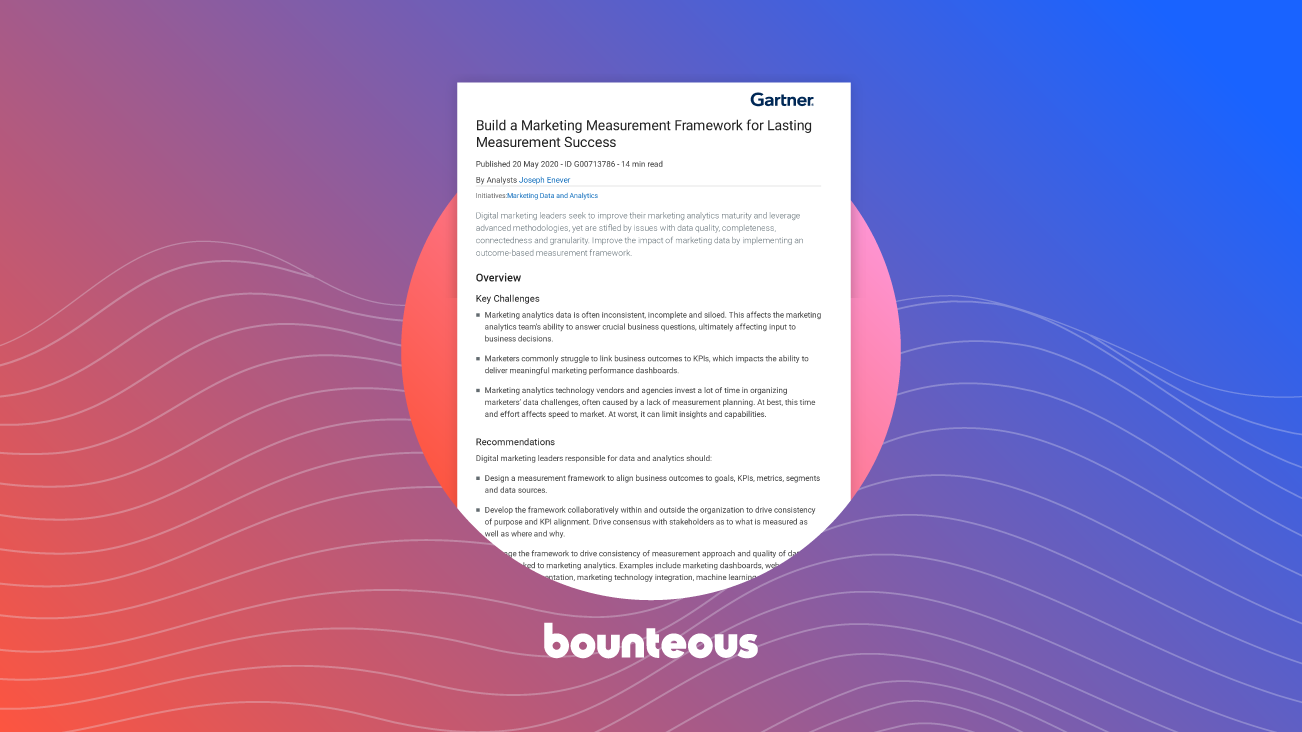