The 1st Annual LunaLympics: Office Olympics At Its Best

I think we can all agree summer has come to a close. The kids are back in school, the swimming pools and amusement parks have closed, and even the leaves are starting to fall from the trees. If you work all year round, as many of us do, the idea of summer vacation is either nonexistent or has dwindled down to a week, if you are lucky.

As the LunaMetrics Office Manager I wear many hats, but my most important role (if you ignore all the boring stuff like HR, bookkeeping and payroll) is being the Chief Fun Officer. So this past May, when warm weather was no longer a dream and within arm’s reach, I thought what the heck are we going to do this summer? We always have a great summer outing; last year it was white water rafting in Ohiopyle. This year however, I knew I could do better. We were in a super cool new office space, we had new employees, and one afternoon out of the office wasn’t going to cut it!

I began digging online for ideas and inevitably came across “Office Olympics” and instantly knew this was it. A weeklong event filled with games, snacks, and happy hours to be closed with an out of office field trip. But then I had to bring my boss on board and I wasn’t quite sure she would see my vision. To my surprise her response was “Well, why does it just have to be a week?” This was the best possible response I could have received and with that the 1st Annual LUNALYMPICS were born.

Filling an entire month with events and activities was not going to be an easy task. I decided the month of July would leave me enough time to plan, and we really couldn’t do things every day, (we’ve got work to do!) so events every Monday, Wednesday and Friday would be sufficient. I got to work on researching and pretty soon created a calendar that was jam packed full of competitions and activities. We divided the office into three teams and assigned team colors. Each team had to elect a team captain and choose a team name. 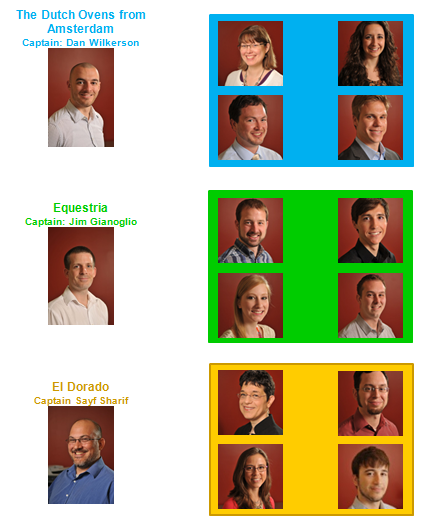 We kicked off the month with opening ceremonies using a very realistic Olympic torch I purchased from Amazon. Our first competition was The Paperclip Challenge. The response I got was less than enthusiastic, I mean, linking as many paperclips as you can in 30 seconds sounds like a piece of cake right? That is until we got started and everyone found that it wasn’t as easy as they thought. The Brony’s of Equestria dominated this challenge and it became clear they were going to be a team to be reckoned with. The 4th of July holiday made this week a bit short, but we were able to fit in a Rolling Stools Relay Race and Obstacle Course (don’t try this at home)and a picnic lunch complete with fried chicken, watermelon and Capri Suns at our local park. 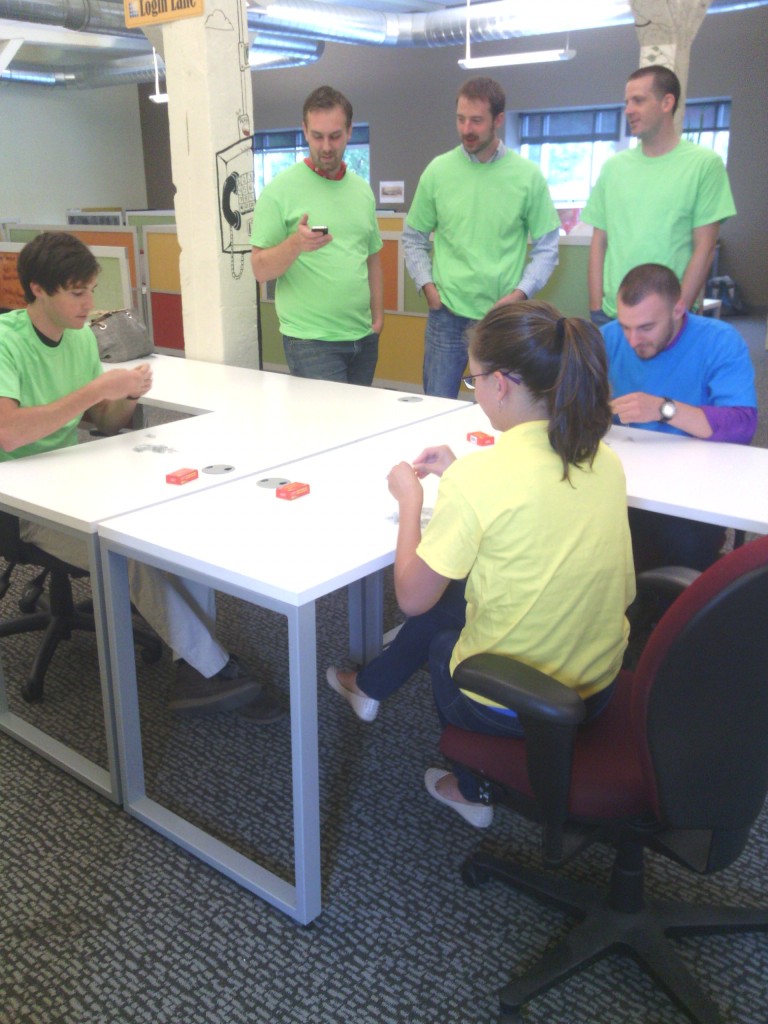 The second week brought out the competitor in everyone. No matter your physical capabilities, our first game of the week was something everyone could participate in with confidence and was equally excited for, The TypeRacer Challenge. I divided the competition into heats based on the employees WPM score so it was evenly matched. Our employees began practicing days in advance, challenging one another to typing races.

On the race day you could feel the tension before your scheduled race time, and personally, I had butterflies in my stomach. Again the Brony’s won this challenge with a stiff competition from The Dutch Ovens of Amsterdam. The first place racer had 103 wpm, while the second place was in a very close second with 102 wpm. The week also included a rowdy game of Trash Can Basketball, a fresh popped popcorn buffet with a variety of seasonings, and perhaps one of the biggest hits of the month, a peanut butter and jelly buffet, followed by an outdoor game of extra-large Bananagrams. Now I have served lunch to coworkers many times over the last 8 years and this was by far the biggest hit of them all. This was not your typical PB&J sandwich set up with just grape jelly. We had butters from almond to hazelnut and jellies from peach to raspberry. I served all of these flavors with a variety of breads, chocolate milk, and fresh fruit. I witnessed adults transform into 10 year old kids, and they are still talking about it to this day!

Enough about PB&J, let’s talk Bananagrams! Bananagrams is a favorite past time of the LunaMetrics team. So naturally I needed to work this into our lineup. But it couldn’t be what we traditionally do every Friday during Beer ‘o’clock, no, that would be boring. They needed to be large! It took me a few days and hunting down materials, but I was able to make 144 12×12” letter tiles. We went to a local softball field where everyone was able to spread out. I changed the rules a bit and everyone on the team had their role. We had a word maker, a peeler, dumper and laborer. There was a lot of running and it was exhausting but really demonstrated our teamwork! 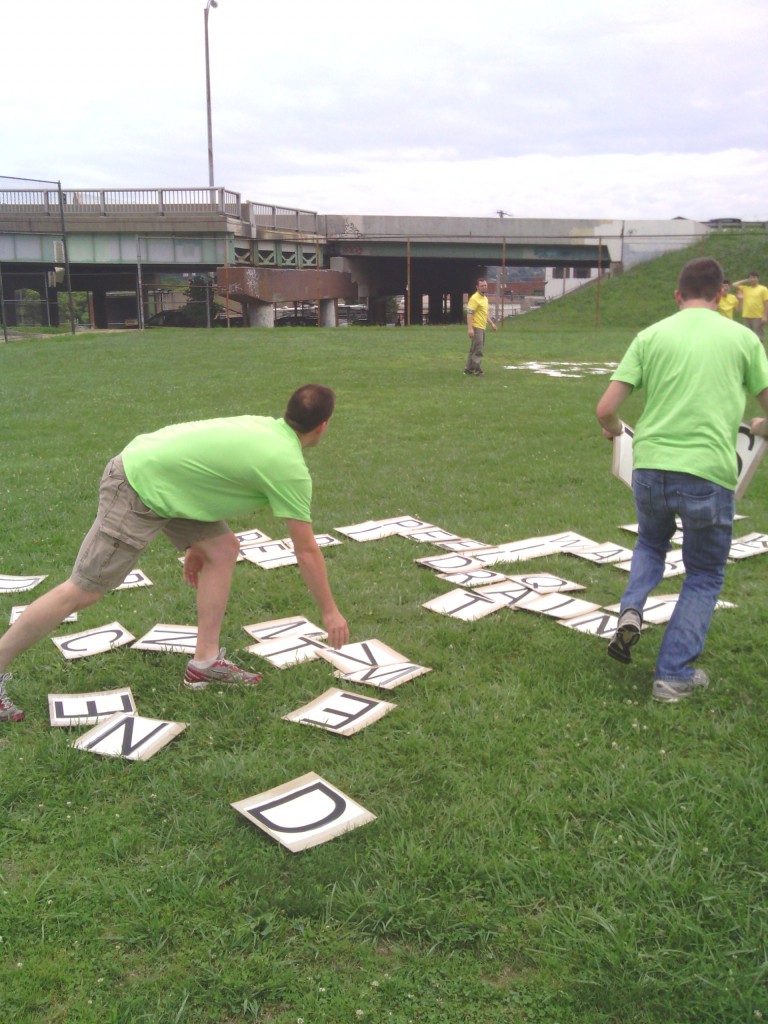 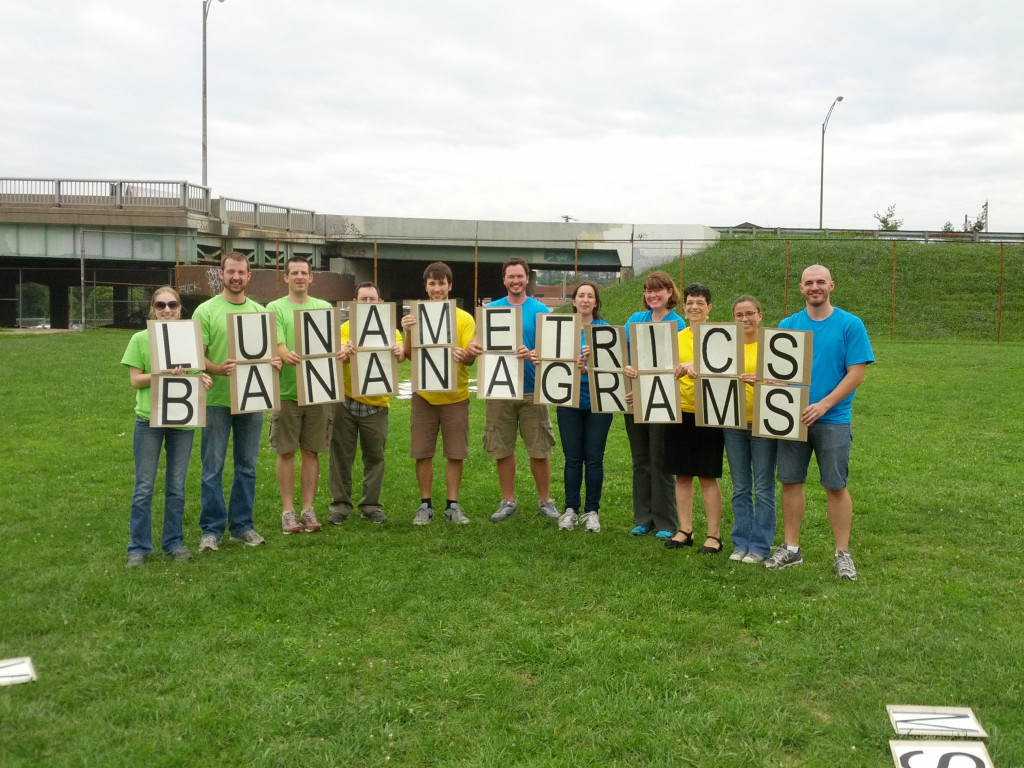 At the end of the week, The Brony’s and Dutch Ovens were at a tie, and our 3rd place team El Dorado, just couldn’t seem to catch a break.

By week three, I think I had done a fairly good job of getting everyone excited and taking the stereotypical Office Olympics up a notch, but nobody knew what they were getting into on the day of our Double Bubble SKIP-IT Challenge. If you were a child of the 80’s or early 90’s like me, you know exactly what a Skip-It is and can sing the catchy jingle. If you don’t, allow me to explain. It’s a plastic hoop around your ankle with a ball that you swing around and jump over with your other leg. Perhaps you can watch this video instead of some of the employees killing it! Of course I needed to add a twist: you earned extra points if you were able to blow bubbles with Double Bubble gum, adding an extra level of hilarity.

We ended the week with our offsite field trip. I knew it would be hard to top white water rafting, but this was really fun. Go Ape opened a course in North Park with many ropes courses 20-40 feet off the ground, and 1400 feet of zip lines. It was not easy and at the end of the day, we were all aching in places we didn’t know could ache. Some of our really brave staffers even biked all the way up to the park and back, 15 miles each way. It was nice to be able to relax in the fresh air, play Frisbee and enjoy a picnic lunch. 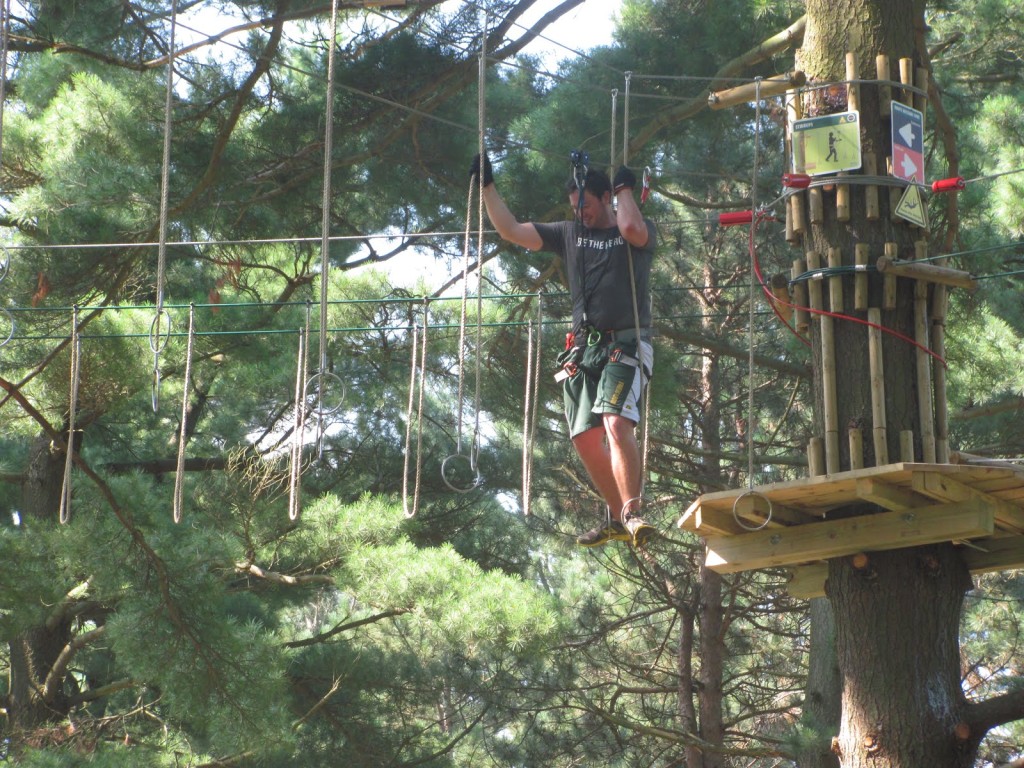 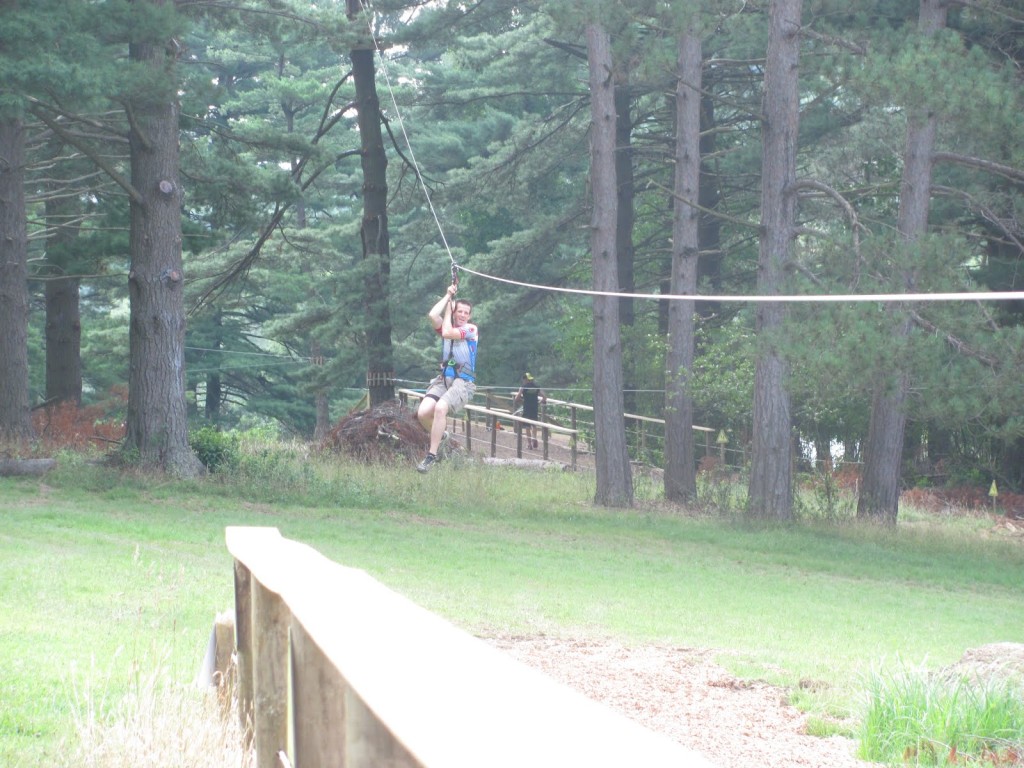 After a brief break in competition with our offsite, we got right back to business and week four began with a cereal buffet breakfast. Nothing is better than staring at more than 10 types of cereal trying to figure out which one you will start with. The first competition was shooting red solo cups with rubber bands, again not so easy. We also had 5 Minute-to-Win-It challenges, including stacking 6 dice on a popsicle stick, and picking up penne pasta with a stick of spaghetti with no hands, and rolling a quarter into the tines of a fork (Yes someone did it!). 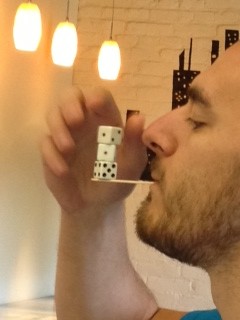 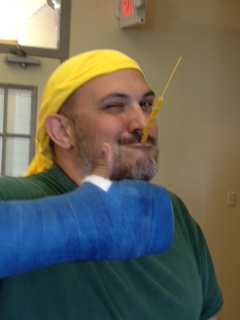 This particular day finally brought a first place win to team ElDorado, unfortunately the numbers don’t lie, and there was no way for them to win the Gold. Team Equestria and Team Amsterdam were still tied for first place.

The final week of the LunaLympics was going to end with a board game of “Dumb Ass” Trivia. This was a challenge where we could use our brains and not our muscles to determine the winner of the 2013 LunaLympics. As you can see from the picture a lot of us felt like dumb asses and the questions were very challenging. 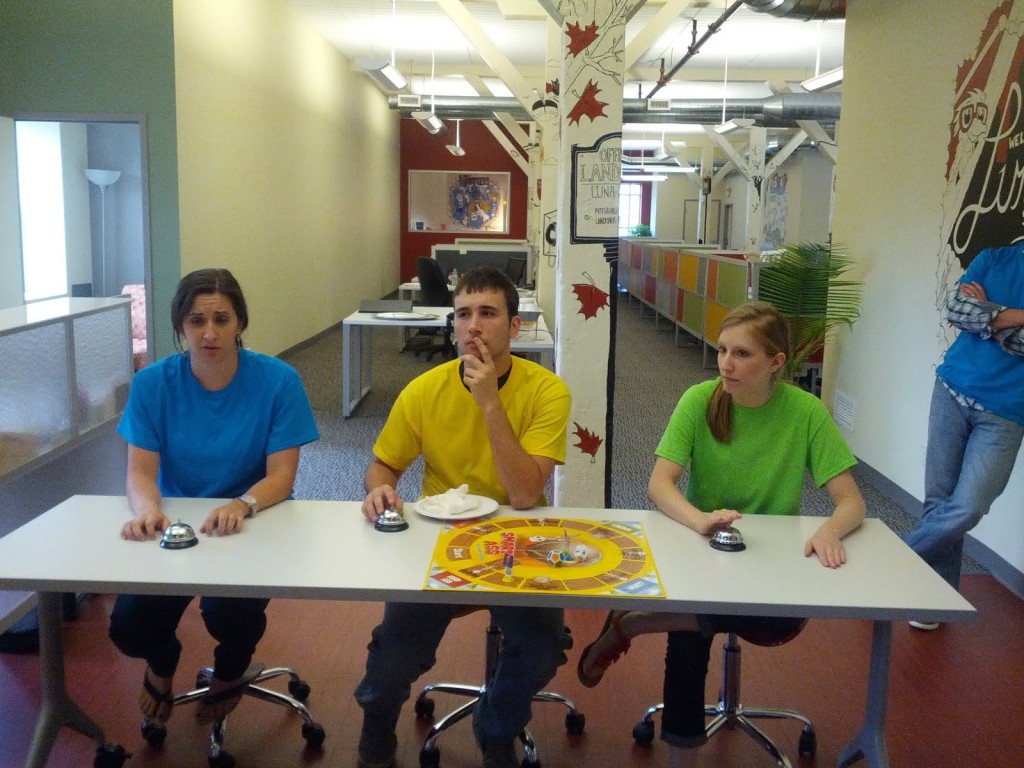 It was a very close game and we didn’t know who was going to take home the gold until the very end. I hoped it was going to be my team, and even though we answered the last question correctly, it wasn’t enough. The Dutch Ovens had more points and took the lead. You can’t have Olympics without closing ceremonies. I distributed Gold, Silver, and Bronze medals to each of the teams, and we also had MVP awards to give to those who really stood out (good or bad) in the challenges.

For me it was an exhausting month trying to do all the “boring” work and running the ‘Lympics, but our crew works hard and they deserve it. They even gave me my own award as a thank you. Unlike the real summer Olympics, I won’t have 4 years to plan 2014, so I guess we better get started. 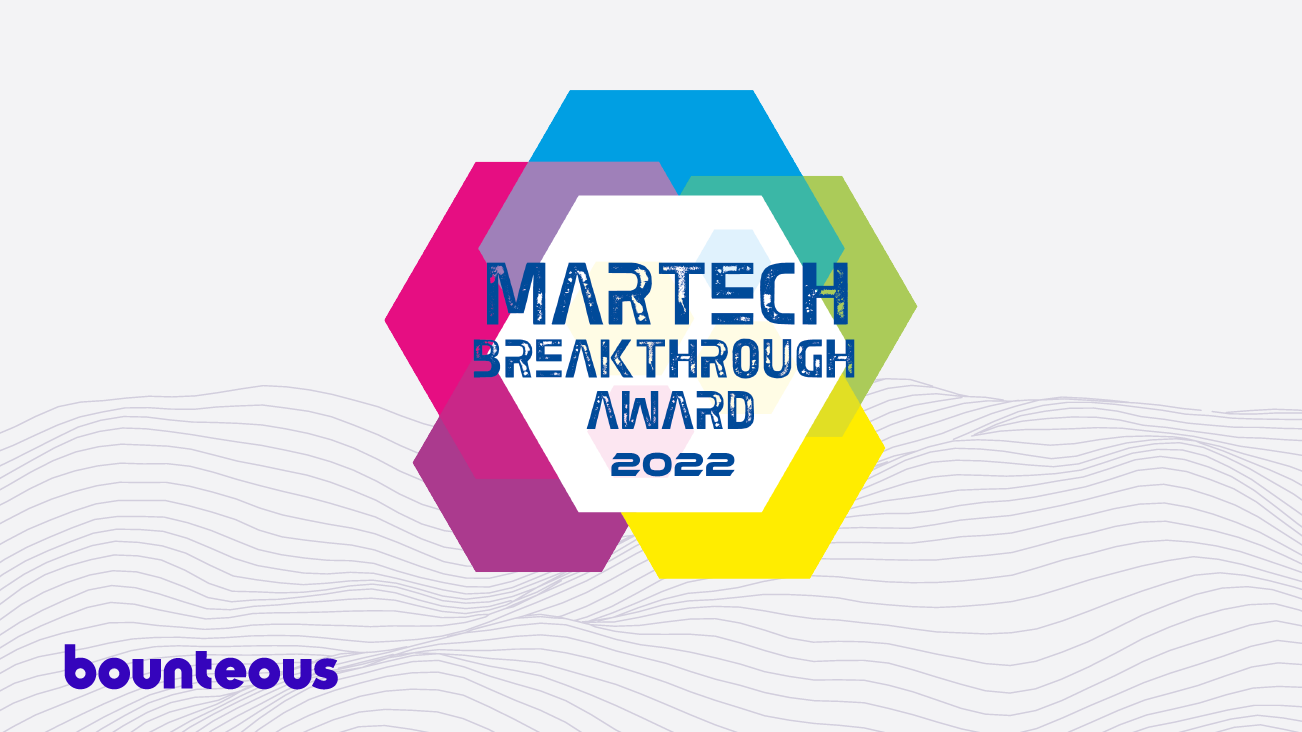 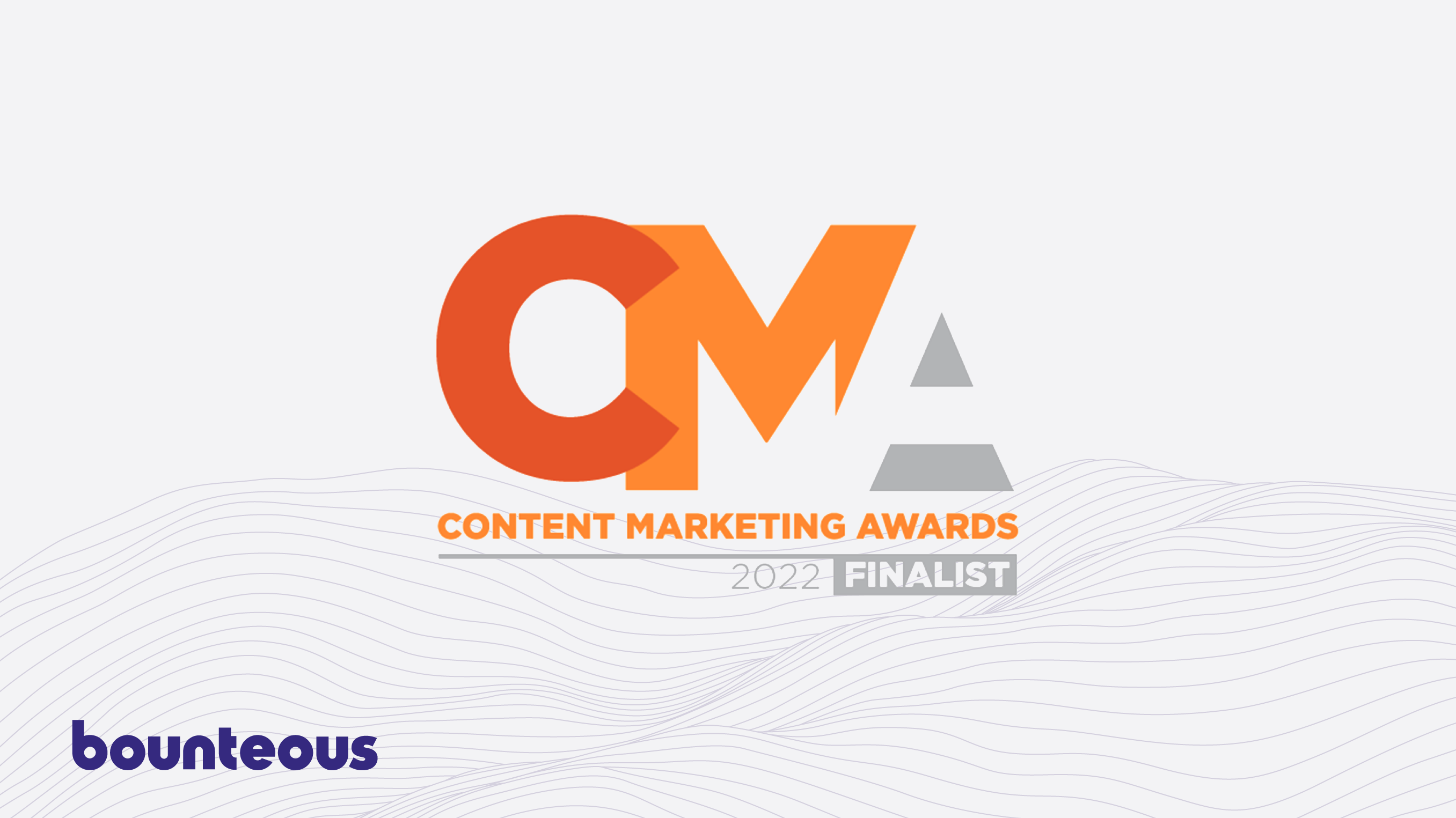 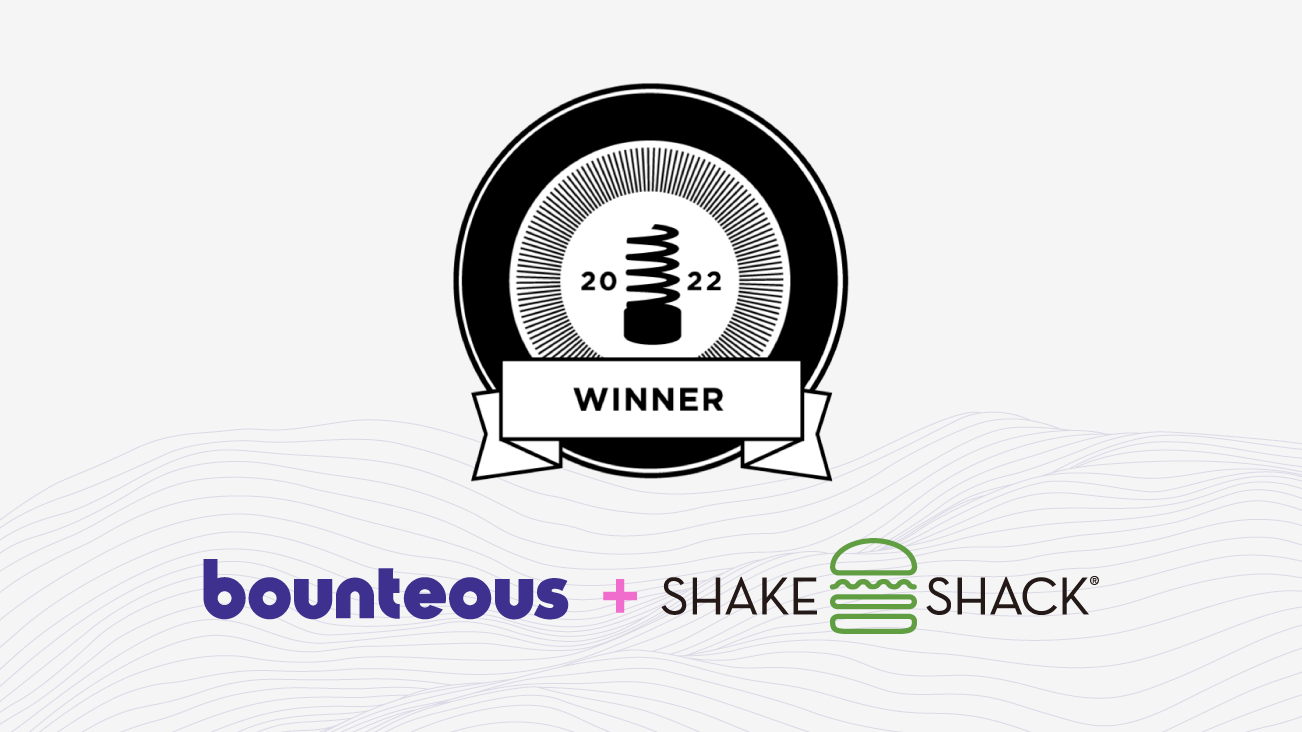