How Does Webpack Fit Into AEM? 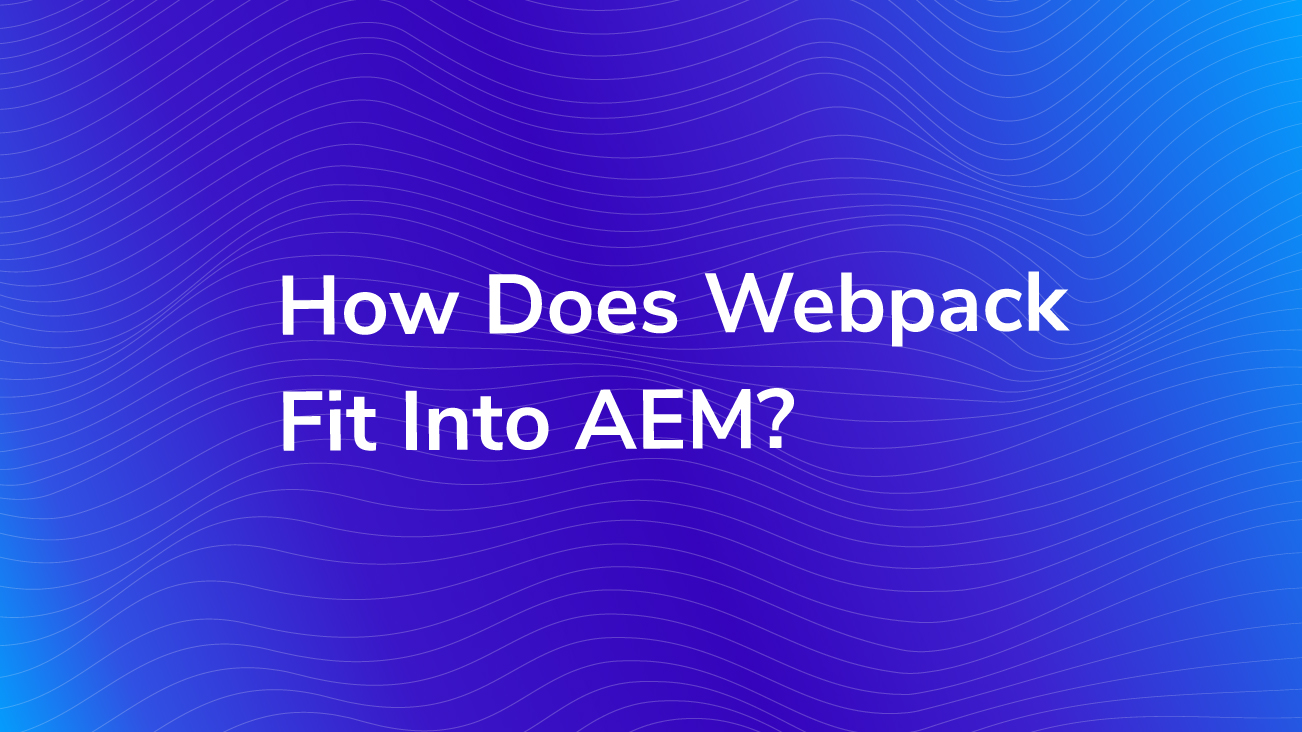 AEM’s out-of-the-box tools can’t keep up with the rapidly advancing frontend world. Open source projects such as React and Webpack appear and get widely adopted within just a few months or years while AEM doesn’t jump on every trend. This is fine because adding new tools can add complexity to a project, so we have to figure out how far we want to go: What tools do we want to use on top of AEM? 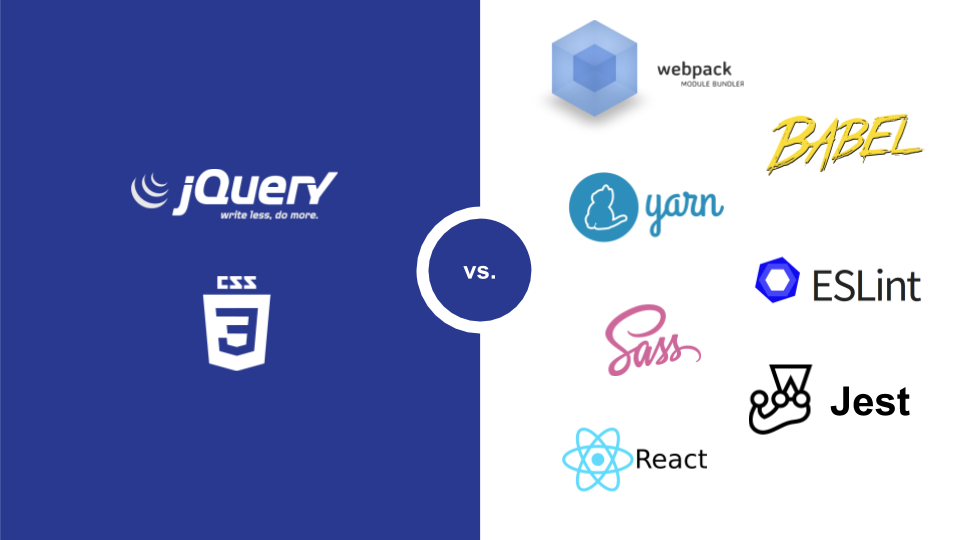 For example, I’m a fan of the React ecosystem but it can overwhelm developers, especially in the context of AEM where JavaScript rarely reaches a level of complexity that justifies using React, Redux & friends. So one goal of our integration of Webpack into AEM is to adopt the good parts utilized by modern tools while we keep the setup straightforward enough for developers, no matter how experienced they are.

To get you started with Webpack in AEM, we created an open source project that provides you with step-by-step instructions on how to integrate Webpack into AEM. It also includes a fully working Webpack configuration with some essential plugins: Check out AEM Webpack Example on Github. 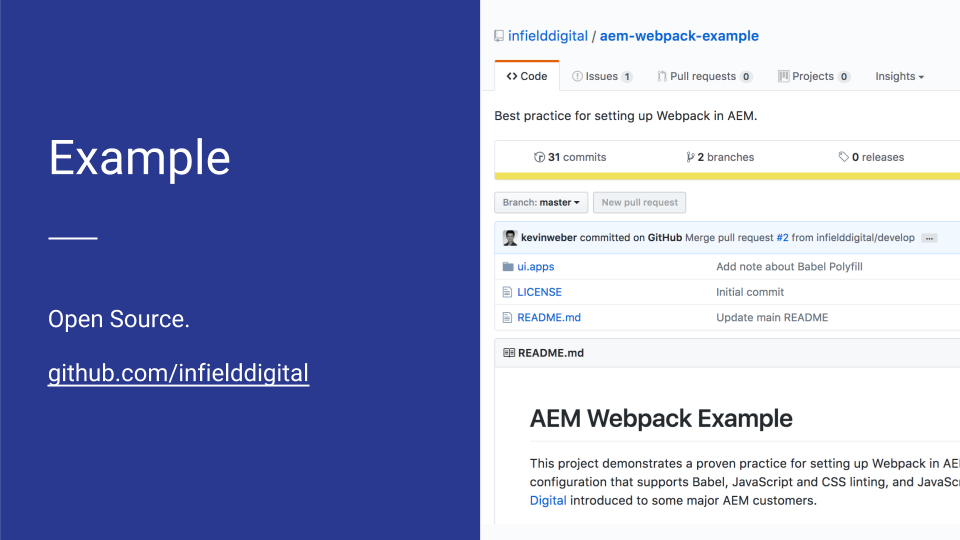 The rest of this article addresses common questions regarding the structure of AEM projects, and we highlight some concepts that become possible thanks to the use of Webpack in AEM.

Where to put the Webpack configuration in AEM? 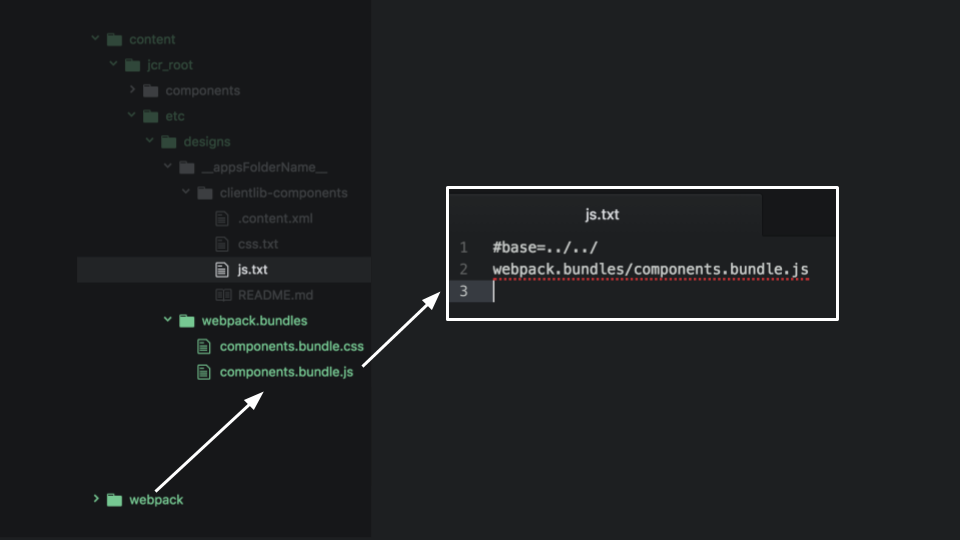 Those Webpack bundles can be used in different ways. Here are common scenarios:

How to run Webpack using Maven?

We’ve seen AEM projects where tools such as Webpack and Grunt are run in addition to Maven only, meaning developers run Webpack to build (mostly) front end code, then run Maven to build the rest of the project. That’s inconvenient and time-consuming, especially for deployment to multiple AEM servers and continuous integration. Just imagine your back end developer pulling the latest code and not seeing the latest CSS changes because he ran Maven but forgot about Webpack.

For that reason, you can run Webpack using Maven. Our go-to solution is Eirik’s frontend-maven-plugin. You can see an example of its integration in our pom.xml file.

If Webpack is part of the Maven build process, it can be run in two ways:

Note: If you want your back end developers or DevOps to be able to run Maven without Webpack, you can set up a separate Maven build profile that doesn’t run Webpack.

Where to put JavaScript files?

Here are the three most common ways for organizing JavaScript in your AEM tree structure. We favor a combination of (1) and (3): 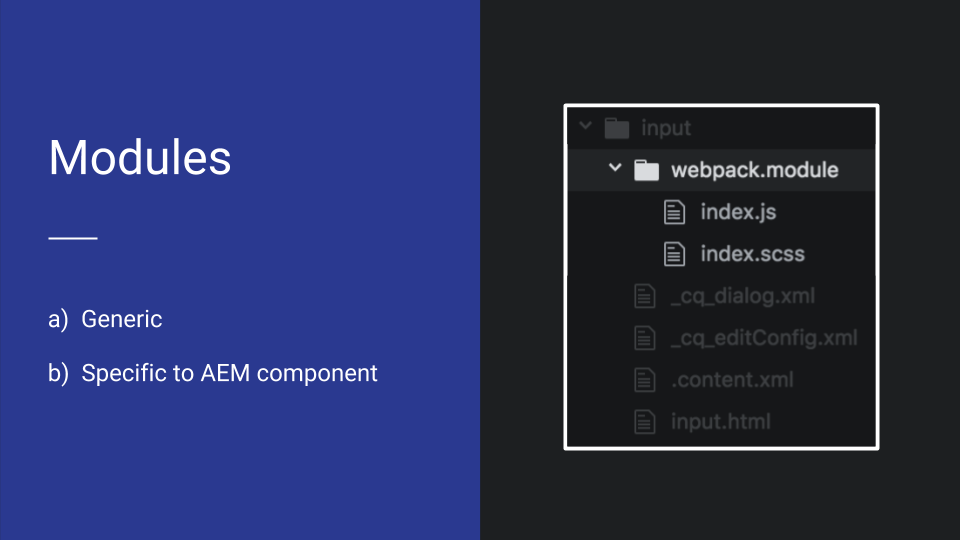 How to write component-specific JavaScript in AEM?

Preprocessing JavaScript using Webpack enables us to use JavaScript features that aren’t supported by AEM or web browsers yet. The image below shows what component-specific JavaScript can look like: 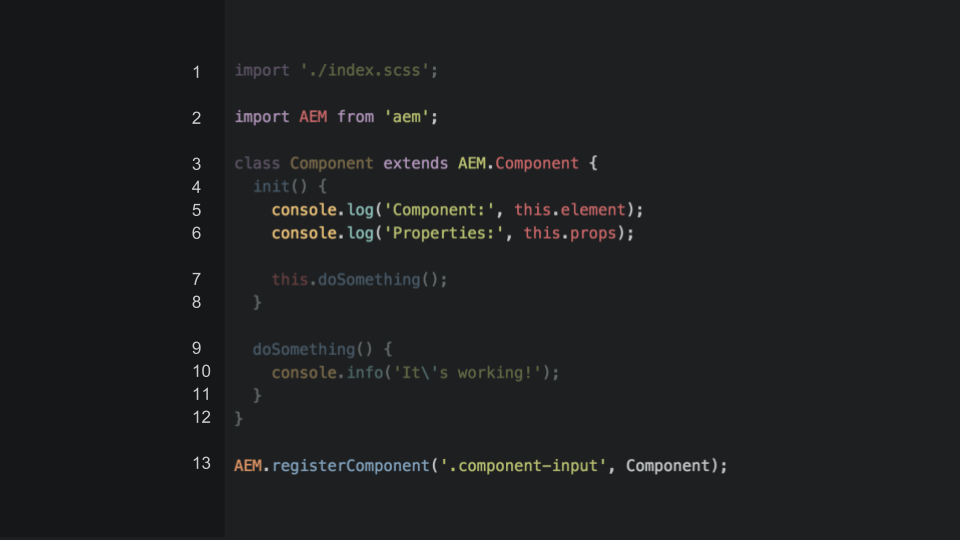 Here are some of our key concepts when writing component-specific JavaScript: 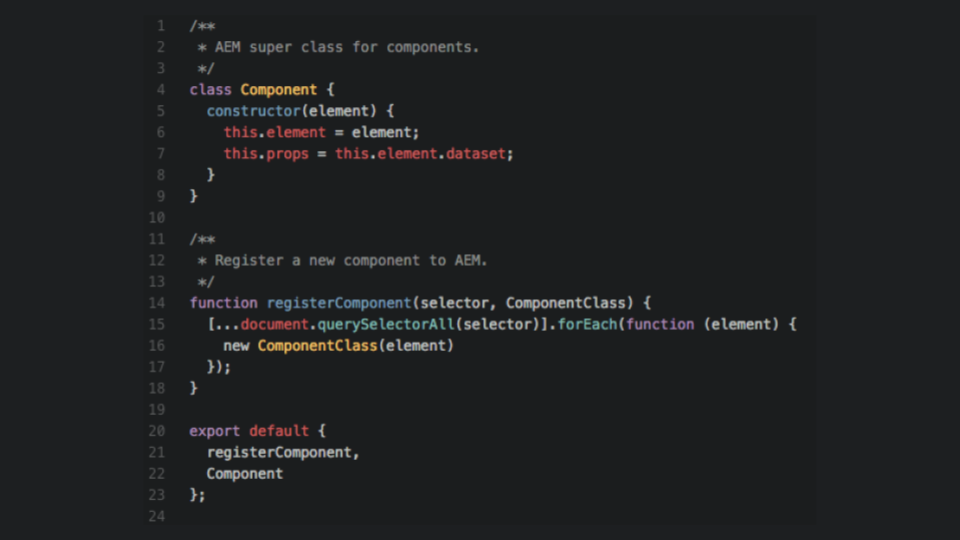 How to add Bootstrap?

Our recommendation for including libraries such as Bootstrap is to include them with AEM’s ClientLibs and only run them through AEM’s preprocessors, not through Webpack. By keeping these libraries out of Webpack, you keep the build lean, you don’t increase Webpack’s processing time, and you avoid conflicts between the vendor library and your project-specific setup, such as ESLint rules. We added an example for Bootstrap to the project wiki.

Assuming you’re interested in using Webpack in AEM, you should check out AEM Webpack Example on Github. We regularly use it to kickstart new projects, and the above mentioned insights will help you to write better modular code in Adobe Experience Manager.

And by the way, you can also partner with us for your upcoming projects.

The content of this post was originally presented by Kevin Weber at the Adobe Experience Manager Meetup in San Francisco. Here are the slides: 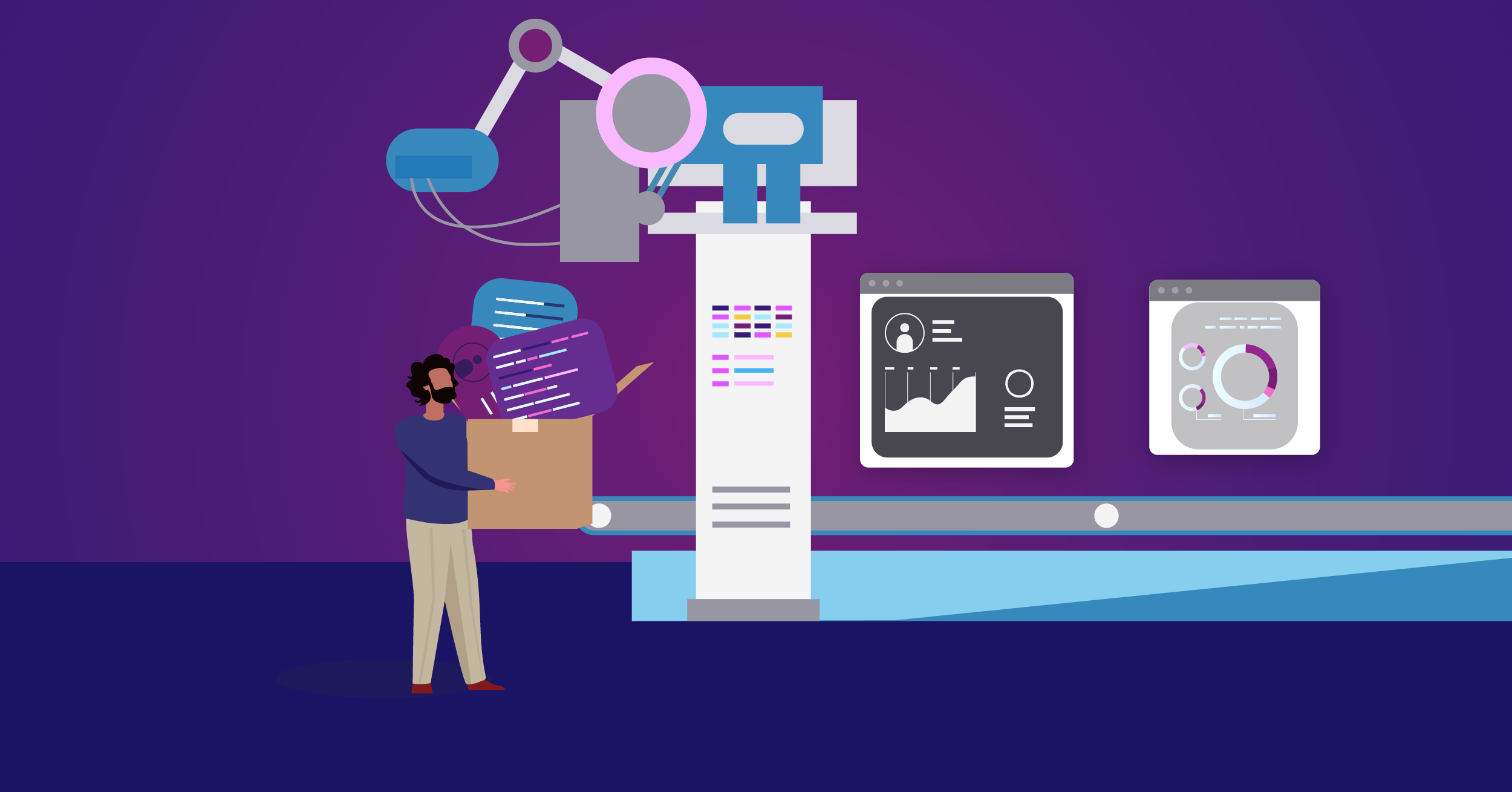 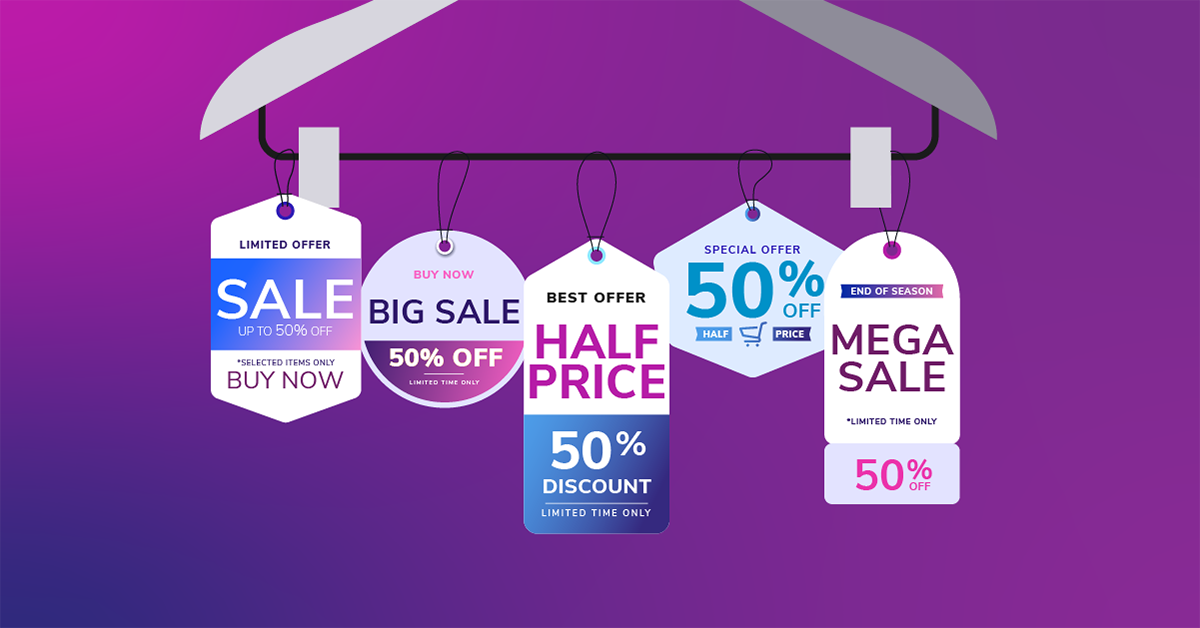