As a Google Analytics Certified Partner, we get to send a few employees each year to get inspired by case studies, keynotes, and network with the smartest folks in the industry. We send them off with lists of questions and wish them luck, like kids with overflowing backpacks on their first days of school. We swap stories from years past, give food recommendations, and anxiously await the tweets and announcements throughout the week.

Google has been making announcements like this for years, though before they had their own Summit, they would announce at other summits – like eMetrics. To help put whatever gets announced this week into perspective, and as a reminder of how long we’ve been blogging about Google Analytics, take a look at some photos from 2007 and some announcements from back in 2008, which include GA staples like custom reports, segments, the API, as well as a new interface and integrations. 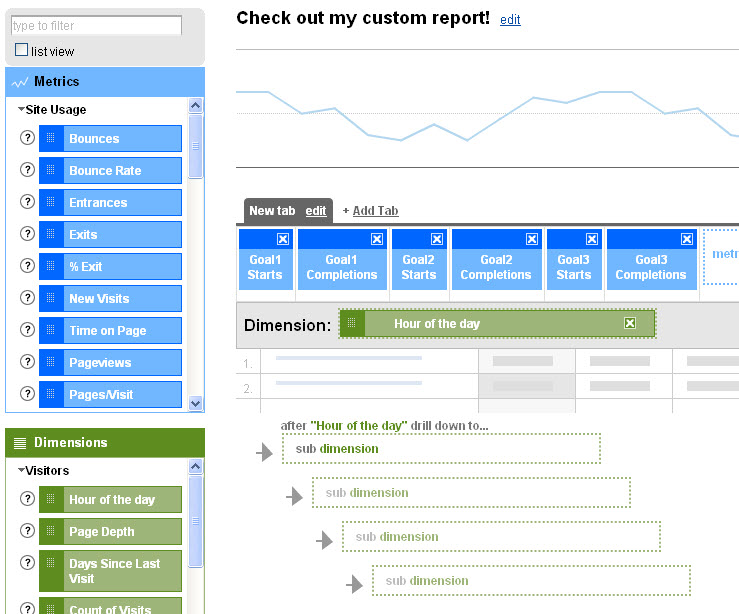 In 2012, we wrote about the official Google Analytics Summit and a host of new announcements, features that today we couldn’t imagine GA without – like Universal Analytics, Custom Dimensions, User IDs, Data-Driven Attribution and more!

Looking Towards the Future

For something a little more recent, I sat down with the Alex Moore, the Director of our Analytics & Insight department, to discuss some rather, uh, bold predictions he made four years ago, with his 2013 post: GA Summit 2018 – 14 Announcements from the Future.

In his seminal post, the bespectacled Google Glass enthusiast had just returned from the Google Analytics Summit (still held at Mountain View), filled with optimism and amazed by the whizzbang toys that Google was pursuing at the time. If nothing else, his light-hearted predictions can serve as a reminder of how fast technology changes. Oh, and perhaps that the internet never forgets.

You ready to do this, Alex?

I’ll give you a prediction, you respond. Simple as that!

Alex: “Off to a great start! I was an early fan boy of Google Glass and saw vast potential in the product. While we are seeing a resurgence in Google Glass popularity, this time as a tool for industrial and manufacturing applications, I doubt we’ll see a built-in GTM integration any time soon.”

I’ll let him off easy on this one, but I will include this fabulous picture from our About Us page. 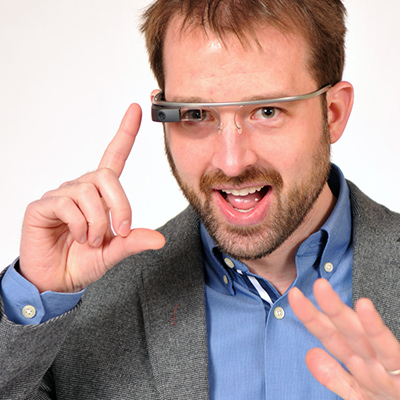 Alex: “We’re well on our way with this one! When’s the last time you’ve checked? Google Tag Manager currently supports almost 80 third-party tags, and are actively encouraging more vendors every day. We may not hit 1,000 but I’m optimistic that this number will only continue to grow as more vendors realize the benefits.”

I’ll add to this Google’s list of benefits for would-be Tag Vendors, which also doubles as a list of reasons to be using supported tags in GTM.

Plus, Google has also signaled its support of GTM by giving it a prominent role in the Google Marketing Next conference. There’s still a chance!”

I’ll throw in my two cents and say that I’ll re-offer my gift basket to the Google Tag Manager team if they can make this happen. 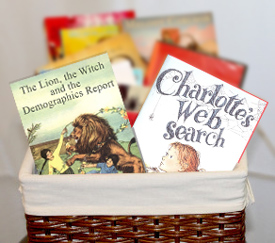 Alex: “Kinda?? We don’t have this exact feature (YET!) but now we can approximate it with the built-in Search Console reports.”

Alex: “I was pretty close! While we haven’t seen Webmaster Tools (ahem, Search Console) disappear completely, many of the benefits that I described in the original post became available with the integration between the two tools.”

Oh, and by the way, Google plans to demonstrate its quantum processor by the end of 2017. Fingers crossed.”

Alex: “Data freshness has improved to the point where intraday reports are available sooner and for more customers. Google Analytics 360 customers have certainly seen the most dramatic gains in this category, with faster intraday data processing guaranteed by the Service Level Agreement. We also now have intra-day reports available in the Google BigQuery export from Google Analytics.

Insights generated within Google Analytics based on predicted data is not yet available, but I PREDICT it’s something we’ll see soon.”

Alex: “We’ve certainly seen these reports improve over the years. For a long time, advertisers reported in AdWords and analysts reported in Analytics, which meant we lacked a common language. Sharing between the two platforms has alleviated that (although there will probably always be confusion with clicks vs sessions). Google Analytics still misses a lot of important AdWords tools, most notably labels, which advertisers live and die with inside of AdWords.

We now get Google AdWords data in BigQuery, which we didn’t have even two years ago, so we’re working toward this dream. I applaud anytime Google teams can work across products to deliver better solutions for those of us on the ground using the tools!”

Alex: “I love this idea. While Google’s focus has been on cross-device analysis, like with the User ID Reports, perhaps the next great built-in Analytics report will focus on how users share content with one another!”

Alex: “This is a pipe dream… I’m still waiting on the Timeline Annotation API (cough, cough!)”

Alex: “Hey, I’m in favor of anything that speeds up the web! And actually, Google now hosts jQuery and other common libraries in an effort to leverage caching across websites, so I wasn’t too far off!”

Alex: “We did it! We actually now have a checkbox that removes known bots and spiders. Anecdotally, I feel like Google has done a better of job at filtering out the worst bot offenders. Of course, we always recommend best practices around filters, etc.

In a similarly serious post posted on some April 1st a few years ago, I even helped to outline an ambitious plan to combat bots in Google Analytics.”

I’ll add that, due to that post’s popularity in the Google’s SERPs and the traffic numbers we were getting even 8 months later, I had to follow up Alex’s post with a more sensible guide here: Notes on Filtering Spam and Bots from Google Analytics

Alex: “I’m not sure why I ever thought a “massive increase in car-based internet usage and web browsing” was a good idea. Keep your eyes on the road!” 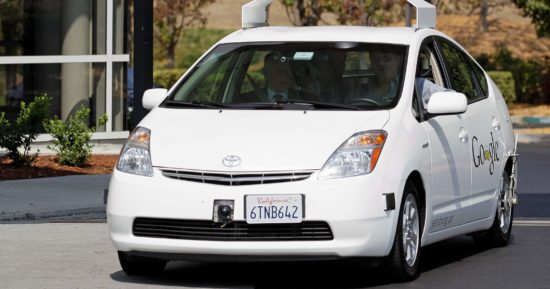 Well there you have it. Thanks, Alex, for this trip down memory lane! We’ll be sure to check back in next year to see how close you actually came.