The Top Four Benefits of Building a Site on Drupal 8 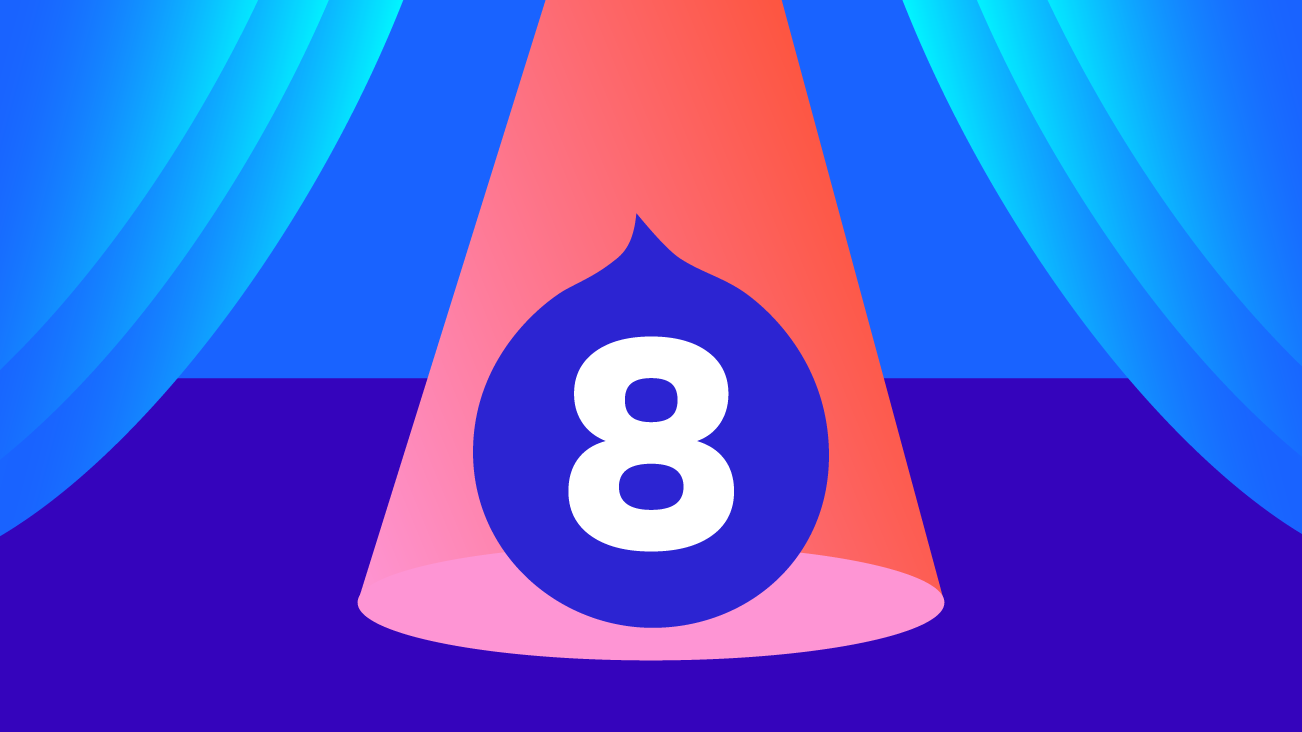 When evaluating various content management systems (CMS), it’s not uncommon to focus on the most tangible of benefits – namely the authoring experience and the ease of managing content. While these are crucial considerations, what’s actually under the hood of a platform is equally important; for that reason, the Drupal CMS is an option worth considering in any review of CMS platforms.

In addition to offering an intuitive and friendly administrative interface out-of-the-box, Drupal is worth consideration as a flexible, scalable, and secure CMS that’s become increasingly forward-thinking. Its capacity to be implemented as an entirely open-source solution or further enhanced by commercial, value-added services from Acquia, outweigh competitive solutions. Four attributes of Drupal, in particular, make it a top choice as a CMS platform option.

Like many CMS options, Drupal offers a robust framework out-of-the-box that’s capable of accommodating complex web sites and applications using only its core components (modules) and APIs. That includes features like generating RSS feeds, assembling listings of pages that have been published, allowing for commenting on blog posts, managing user permissions, and a myriad of other common pieces of functionality.

Should those options fall short of your specific needs it’s highly likely that one of the more than 43,000 community-contributed modules that have been written to extend Drupal to date offers plug-and-play functionality that can be added in a matter of minutes. Does your current website leverage Google Analytics to provide insight on visitor behavior? A contributed module allows Drupal to do so as well. Have a presence in the EU that requires GDPR compliance for cookies? There’s a module for that, too.

But what about custom-tailored solutions like connections to your proprietary back-office or point-of-sale systems? Experienced Drupal developers like our team at Bounteous can provide consultation and lend our engineering expertise in order to solution new extensions that may fine-tune core and/or contributed modules to your specific needs.

Among other such projects, we’ve developed custom integrations to display media from the Adobe Scene7 Publishing System for HNI Corp as well as a connection between Drupal and the Magento eCommerce platform in order to facilitate the online shopping experience at Wilson Sporting Goods. At the end of the day, the sky’s the limit in terms of which systems Drupal can talk to – and vice-versa.

It’s also worth noting that in recent years Drupal has become increasingly flexible in an entirely new direction – a charge that’s been led largely by Acquia, a software as a service (SaaS) company founded by the original creators of the CMS. Their ever-increasing portfolio of Drupal-specific offerings introduces additional growth potential for the Drupal platform that caters to large enterprise as well as smaller clients looking to enhance their in-house technical or marketing expertise. Acquia’s web hosting, asset management, eCommerce, and customer management tools are focused on making some of Drupal’s best aspects even better.

While undeniably a CMS in the traditional sense, we prefer to think of Drupal as a complete platform for building digital solutions. Core, contrib, and custom modules allow for functional enhancement, however, Drupal also boasts an architecture that’s been specifically designed to power a large number of websites by sharing those types of resources across multiple web properties.

Whether the need is to reuse code, content, or web hosting arrangements, its baked-in multisite functionality is up to the task thanks to a long-established and simple to configure system that can accommodate any number of distinct websites that may vary wildly in appearance or functionality – but run on the same, single instance of Drupal. Need to deploy numerous, near-identical microsites at scale? Site Factory is another purpose-built hosting option from Acquia that takes multisite to the next level, providing extensive automation tools alongside an easy-to-use management interface.

It’s important to acknowledge that when scaling up to deliver more resources and functionality to your clients, performance becomes an ever-increasing concern. How can one be confident that startup you’ve bootstrapped will be able to meet growing demand as it gains in popularity and develops a massive user base? Drupal undergoes constant performance testing by the open-source community that supports and develops it and is continually fine-tuned to handle large numbers of concurrent users and ensures a continued degree of high performance while under stress. The CMS was also built with scalability in mind and boasts a capacity to handle millions of users when extended correctly to manage site performance and scalability.

Caching and Content Delivery Networks (CDNs) are two popular approaches to enhancing a website’s performance – and Drupal widely supports both. A wide range of caching solutions are available for leveraging popular performance tools like BigPipe, Redis, Varnish, and Memcache; the proper implementation of these types of tools allows for a high degree of page loading consistency versus concurrent users. Similarly, the CDN module allows sites to quickly deliver assets to users based on their geographic location. Looking for a turnkey solution? Acquia Cloud Enterprise boasts Varnish caching in front of all load balancing servers as well as Edge CDN baked right into a hosting platform that’s been fine-tuned for Drupal.

While it’s comforting to know that a website will experience as few growing pains as possible over the course of its lifecycle, another strongly related – and often overlooked – concern while evaluating CMS options is security. Increased visibility can also translate to increased interest from and scrutiny by potential bad actors. Drupal has a reputation as one of the most secure platforms available today – something that’s anecdotally proven by the extent to which large enterprise and government at every level rely on it to power their websites. Organizations ranging from NASA to the Australian Government and companies as diverse as Tesla and Entertainment Weekly have leveraged the CMS as a turnkey solution to establish their online presence.

But what makes Drupal 8 such a secure choice? The biggest driver often seems counter-intuitive at first, but Drupal’s open-source nature means that its code is fully available to anyone for auditing and evaluation. Unlike a commercial solution that is tightly controlled and may only be fully available to the for-profit entity that produces it, Drupal’s core code – as well as that of many of its contributed modules – is under constant scrutiny by the community, which even includes a team dedicated entirely to such concerns.

At this point, it should be no surprise to reveal that Drupal’s security capabilities extend far beyond core, with numerous contributed modules having been written specifically to make Drupal even more resilient. Options range from efforts to foil bots and automated attacks such as Captchas and Honeypots to more behaviorally-focused enhancements that attempt to make up for our shortcomings as humans – like Password Policy for creating more secure credentials and Automated Logout to ensure users don’t remain authenticated to sensitive materials any longer than necessary.

Beyond the Drupal community, Acquia is also heavily focused on the security of all Drupal websites that are hosted on their value-added products such as Cloud and Site Factory. Both of those options offer the Edge Suite for full integration with and services such as DDoS protection, a web application firewall, easy SSL, and a load-balanced CDN – many of which are completely transparent to their customers and require little to no configuration.

Continuing along the topic of growth, one of Drupal’s greatest strengths is the extent to which the current version was built with forward-thinking architecture. This notion is most obviously evident in its implementation of built-in RESTful web services and – more recently – JSON:API, since inclusion of those interfaces is specifically geared towards making Drupal a fully decoupled platform that’s more than just a framework for websites. Separating content from structure and making it available to other sites, apps, IoT devices, or anything capable of communicating over those standard formats and protocols allows Drupal to communicate with a wide range of connected services.

Fortunately, priming the pump for Drupal 8 to become decoupled didn’t sacrifice any of the protocols or standards that are rapidly being adopted by an ever-evolving web that places increasing demands on traditional websites. Drupal’s core and theme layer have been built with a mobile-first approach and fully supports responsive web design in order to accommodate a multitude of devices with disparate screen sizes.

Each subsequent version of Drupal has also been fine-tuned to generate increasingly Search Engine Optimization (SEO)-friendly HTML markup out-of-the-box, and the Drupal community continues to refine its adherence to WCAG standards to make sites more accessible to users with disabilities. Similarly, multilingual and localization support are built into Drupal core, and the translation engine has been completely rewritten for version 8.

But what about the future? What’s around the corner for websites, the Internet, and Drupal? At the time of writing one of the hotter digital trends include Artificial Intelligence (AI) – which is making inroads via functionality like chatbots and machine learning, as well as the personalization of content and experiences for individual visitors.

Unsurprisingly, the Drupal community is ahead of the curve in all of these areas. Several different contributed modules are already in development for Dialogflow alone – arguably the current leading chatbot solution that’s powered by Google's machine learning capabilities; other ways to explore that technology are also being explored more generally. Personalization goes hand-in-hand with that topic, and Acquia has distinguished themselves by focusing on customization with their enterprise Acquia Lift (personalization) and Acquia Journey (orchestrations) products.

Drupal 8 launches with numerous additional capabilities that have gone unmentioned here, the sum total of which has earned it a reputation as a best-in-class CMS that also happens to be open-source.

While many competing options often tout proprietary bells and whistles, the development of such slick functionality often comes at the expense of the considerations discussed above – particularly in the realm of commercial platforms.

Before selecting a CMS it’s critical to ask the community or corporation that developed it what considerations they’ve made above and beyond creating a framework for building websites. Is it flexible enough to be extended to meet any future need? Can it scale up to be enterprise-grade without introducing additional security concerns in the process – either as a self-contained system or with the help of value-added partners? And how will it adapt to shifting web standards, priorities, and end-of-life concerns as the software ages?

The Drupal of today is not where it used to be. It’s a worthy contender in any review of CMS platforms and stands strongly against other platform options, both open and non-open source. 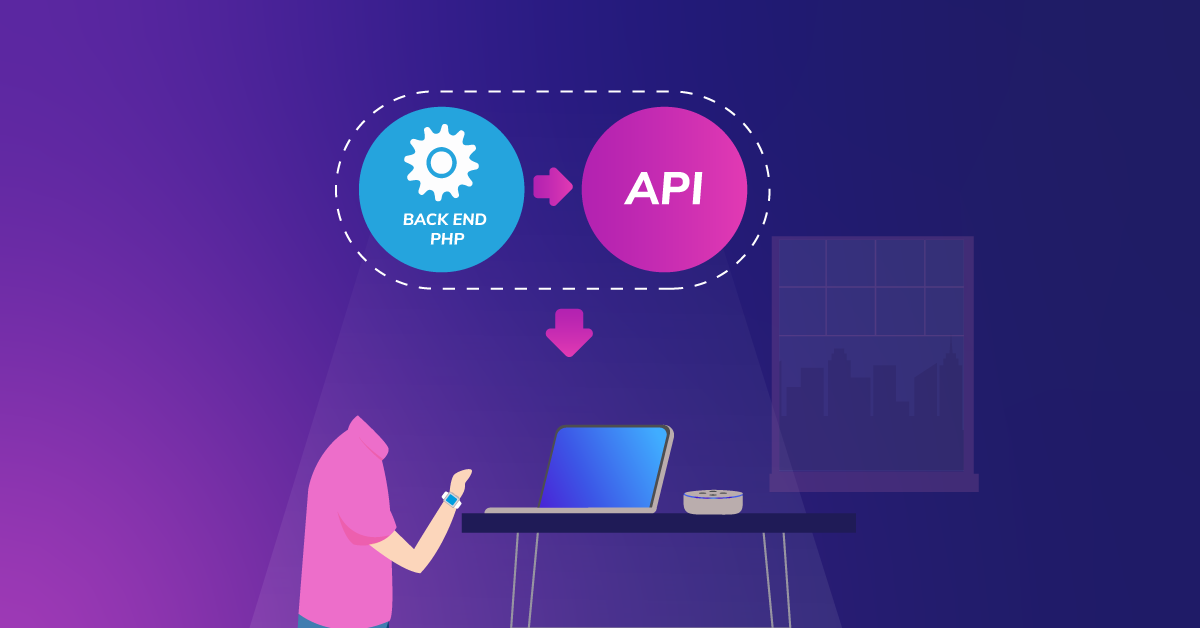